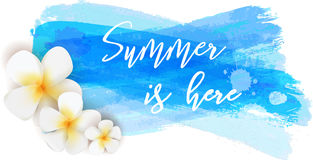 It’s official. Summer is here, so let the writing inspiration begin. I’m always energized by warm summer days. Ideas abound for writing projects. How about you?

Best-selling author, James Patterson says in a 2017 interview, I’m “inspired when they (stories) occur to me and I go, wow, now that’s a neat idea for a story. I don’t know how to describe the process, but I have to see the whole story in my head. Crime details and the rest fall into place later, after I’ve figured out the main twists and turns.”

I’m intrigued by Patterson’s latest endeavor, a collaboration with former President Bill Clinton. It is sure to be THE beach read of the summer.

How did this unusual pairing of authors occur? A New York Times article advises, “The project came about late last year when Robert B. Barnett, a lawyer at Williams & Connolly who represents both Mr. Clinton and Mr. Patterson, had the idea of pairing them up on a novel, according to someone familiar with the project who did not want to speak publicly because the publishers were holding back details about the publication. Mr. Barnett, who also represents the Obamas, Hillary Clinton, George W. Bush, Laura Bush and other politicians, first approached Mr. Clinton to see if he was interested in collaborating on a novel with Mr. Patterson. President Clinton, a longtime reader of Mr. Patterson’s breathless thrillers, was game, so Mr. Barnett took the idea to Mr. Patterson. Mr. Patterson wrote an extensive outline. So far, they’ve written a few chapters into the novel, which will be edited by Sonny Mehta, chairman of the Knopf Doubleday Publishing Group, and Michael Pietsch, chief executive of Hachette Book Group.”

How did they do the writing? In a recent Time article, “The authors, both of whom favor writing in longhand, spent a year passing handwritten drafts back and forth. The publishers have ordered a first print run of 1 million copies—more than double the already considerable amount for a typical Patterson release.”

The new political thriller, The President is Missing, releases this week the authors are both on book tour together this month. I’m sure the conversations at these various events will provide for a lively exchange.

Watching these two authors may provide me and others with possible inspiration for a good thriller story. You can find inspiration anywhere. Enjoy the unexpected inspiration you may find in Summer of 2018. Where have you found inspiration?