Inspiration for My Novel 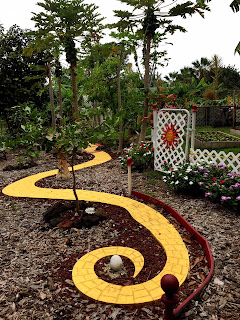 I began my inspirational novel, The Dreaming Road, as a diary of my personal struggles in coping with my daughter Cassie’s death by suicide. After a few years, I decided to turn my diary into a novel to give to family members and friends who helped me along the way. When I shared the rough draft of my novel with several professional editors, I was told that I was “telling” rather than “showing” through scenes and dialogue much of my story. Describe the memorial flower garden you created for your daughter they told me - it’s colors, scents, the taste of honeysuckle, softness of a rose petal and the sound of birds as the garden comes to life in an early spring dawn, use all your senses. I am primarily a visual person and love to create vision boards, so I began cutting photos from magazines to help me describe the scenes in my novel.

The other issue I had, being a novice writer, was whether to first write an outline or just go with the flow, writing the words as they came to me when I described my daughter’s journey into death and the afterlife in her half of the novel. In the end, it seemed truer to the story to ask just my daughter’s character, Callie, well what happened next?

After several years of bumbling along with this process, I attended a writer’s workshop where the facilitator described a common structure for many novels, The Hero’s Journey. As a child I was fascinated by fairy tales of beautiful heroines in desperate circumstances and my favorite was The Wizard of Oz. I could see, looking back, that this story contained many elements of The Hero’s Journey. The tornado that transported Dorothy to Oz was the inciting event that sent her out of her ordinary reality and into the unknown. Glinda, the good witch of the north, became her mentor, gave her the ruby slippers and called her to the adventure of the yellow brick road. I took
The Hero’s Journey and superimposed all of Dorothy’s challenges on it. Then in one of those “lightbulb” moments I realized that my journey contained similar themes and took another sheet of paper describing The Hero’s Journey and added my story to it. 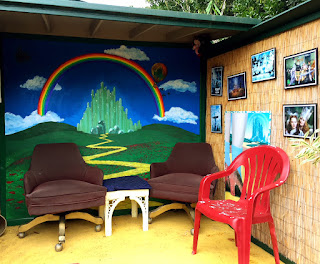 I finally published The Dreaming Road this January and in sorting through my files found all the photos I used to create my story and my notes on The Hero’s Journey. I’m working on a vision board now using the yellow brick road, elements of my hero’s journey and the photos to create a visual depiction of my novel. I have always envisioned The Dreaming Road as the first novel in a trilogy but I am thinking that I will start with blank white poster board, a yellow brick road, and photos of the journey ahead before I put my pencil to paper on the next one. 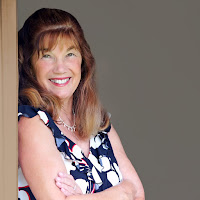 Elizabeth Moore is an Associate Professor of Nursing at Vanderbilt University. Her nursing research articles have been published in well-known journals in the field of pediatric nursing and women’s health. Her research has focused on strengthening the bond between mother and baby immediately after birth by skin-to-skin contact. The death of her daughter inspired a personal journey to connect with her again and her first novel explores the eternal bonds between mother and child that continue even when one of them has passed on. She lives near Nashville with her three dogs, Beau, Buttons and Bramble. Visit her at www.thedreamingroad.com. Novel title – The Dreaming Road Social Media Contact – www.thedreamingroad.com