When is it time to throw in the towel? 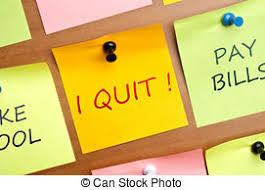 After a sleepless night, a writer bolted upright among scrambled sheets. She threw up her hands and yelled, “I quit!”

I can relate. My writing has come to a screeching halt more times than I care to admit.

Months after I submitted a brilliant synopsis and the first three chapters of a dazzling novel, I received a form rejection letter. What were they thinking?

After a month-long hissy fit, I took another look at my manuscript and slowly began to edit and rewrite. I attended writers’ conferences, joined a critique group, and kept writing. That novel has never seen the light of day, but it may someday. More importantly, my writings slowly improved.

Newspapers and magazines began to accept some of my family stories.
One day my mother said, “We don’t have any secrets any more!” My daddy hugged me close and said, “When’s your next one coming out?” My writings had acquired an admirer. My first.

The process to perfect any writing skills took years before I had a book published. Whew! I had arrived, or so I thought. Then one day I received a scathing review. Cut to the core of my soul, I believed the angry, ugly words and again could not write. I shut myself down to escape the pain. The voices in my head convinced me I wouldn’t recover from what I saw as a humiliation. All that work for this? Besides, I was fast approaching old age. Did I really want the stress of being vulnerable to a pack of wolves? Yes, I had overreacted, but I had lost all logical thinking at this point.

Trying to control things I could not. Bad reviews might hurt for a short time, but now I try to learn from them and keep moving forward.

Allowing my fears of never being good enough to paralyze me until I couldn’t breathe, much less write.

Thinking my work is better, or worse, than it is. Now I love revisions because they allow me to step back and see my writing again with new eyes. Re-vision.

Writers work hard and we dream and plan and dream some more about becoming successful in the eyes of the world. If that’s all we strive for, we will always fall short. We will never have enough good reviews, or book sales, or awards.

I’m a natural born worrier, but when I fret and stew and agonize over any writing that is finished and out of my hands, I am not trusting God to use it for His purposes, not mine.

Sir Winston Churchill and Agnes Hopper—a senior, spunky protagonist in my books—have both been known to say: Never, never, never give up!

My writer friend who shouted “I quit” into the early morning darkness was not giving up on writing, though she had considered doing just that in times past. No, she had finally surrendered her work to the God of the Universe whose plans are to bless us, not to harm us, and to give us a future and a hope.

What about you? Have you ever closed your computer or laid down your pen and said, “I’m finished with this writing business.”

Writing can be hard, lonely, and heart wrenching at times. But you do not have to walk your pathway alone. Let us hear from you. 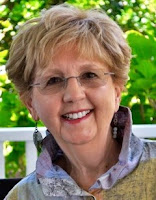 Carol Guthrie Heilman, a coal miner's daughter, married her high school sweetheart, a farmer's son. She began writing family stories, especially about her dad's Appalachian humor, for newspapers and magazines. One day her mother said, "We don't have any secrets any more!" Carol's book series, Agnes Hopper Shakes Up Sweetbriar and Agnes Hopper Bets on Murder, was inspired by her mother's spunky spirit and her dad's humor. She has recently moved, along with her husband of fifty-plus years, from the mountains of NC to Charleston, SC. They love to play cards, go antiquing, hike, and visit grandsons on the east and west coasts. Her social media links: Website: www.carolheilman.com  Author Page: amazon.com/author/carolheilman Facebook www.facebook.com/carolgheilman Twitter: twitter.com/CarolHeilman

Email ThisBlogThis!Share to TwitterShare to FacebookShare to Pinterest
Labels: Agnes Hopper Bets on Murder, Agnes Hopper Shakes Up Sweetbriar, Carol Guthrie Heilman, When is it time to throw in the towel?, Winston Churchill