Story and that Vibrant Otherness 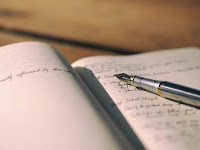 As it happens, one day the dramaturge at the Harford Stage Company advised me to key on provocative imagery when developing a script.  At the time, I didn’t quite get it. It’s only recently when I came to an impasse in my latest mystery novel that I thought back and began to understand what she meant.

My first recollection centered on a period when Tennessee Williams was developing a play called Sweet Bird of Youth at a theater in Coral Gables. After declaring “This is too pat. It just doesn’t light up!” he would return from Key West with a new version. In one instance, I started out as an extra in a tavern scene and the next thing I knew, I was alone at the bar facing Chance Wayne, a drifter just past his prime (a role featuring Paul Newman in the movie version). The only other customers were Chance and a local Southern belle seated directly in front of me. It seems Williams liked my laugh because it served as a glimmer of foreshadowing as my part kept expanding.

Another example which came to mind took place in a lounge at the University of Florida where Edward Albee was confiding to a few of us graduate students about the creation of the Elizabeth Taylor, Richard Burton vehicle Who’s Afraid of Virginia Woolf? Every time he tried to script the inevitable breakup of a timid professor and his wayward wife at a small college, George and Martha dried up on him. But when he added the subtext of a fantasy child whose demise George could spring on Martha if she went too far, the specter of “the other” energized him and brought his tale to life.

I’m not suggesting I’ve come upon the secret. It’s just that I seem to agree with Stephen King it’s only when the characters and situation reach a point when unknown happenings occur, that I become fully engaged. That I have the sense I’m onto something and I’m dying to continue. But when I find myself enmeshed in anything bordering on the safe and predictable, I start to lose interest—e.g., Right, this is the one where the drifter-gunslinger rids the town of menacing elements and has to ride off because only decent folks belong in a community.

If I had to pinpoint a factor that finally revitalized my latest, it was the introduction of the occult. It started off promisingly enough.  Miranda, a real estate agent in my adopted small town in the Blue Ridge, discovers that her client, a prominent church lady who listed the storied Raintree mansion, has suddenly taken up refuge at a nearby retirement center. Not only that, she’s been receiving anonymous e-mails suggesting that the wages of sin have become due. And here is what set things off again. Tarot cards began appearing under Cloris Raintree’s door. A denizen of the center, who resented Cloris’ standoffish, uppity manner, let on about a goodwill outing to Havana where something must have happened on the Malecon (the famous seawall). Cloris didn’t return with the rest of their party and, when she did reappear, she was drastically changed.

Other elements began proliferating that I previously knew nothing about, like astrology, the transit of Venus on a certain month, and the Southern Cross and its double meaning. All kinds of things came into play that affected who the sender might be and what was at stake. There were now sins of omission and commission, and the more it went on, poor Miranda found herself increasingly way over her head. 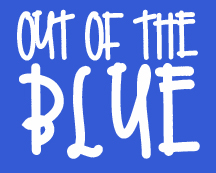 Out of the blue, I began devising a scene that took place in the dark of night when Miranda came upon the showing of The Rocky Horror Picture Show at a local rural college. Here, students dressed in grotesque Halloween costumes were echoing the characters on screen, shouting dialogue they knew by heart like “We’re going insane!”

At that juncture, the advent of Halloween became yet another intriguing element. 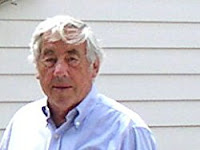