Corporate Greed – Something to Write About

I admit corporate greed is an easy target. There is nothing more satisfying than seeing a corporation or individual in a corporation receive a just sentence for a greed driven act. The media is quick to report such deeds and the reactions from the public are usually passionate. That may be why we love writing about them.

Some acts, like Wells Fargo’s pushing its employees to meet high sales goals, are very much out in the open and seen by all. Others are seldom heard of due to out of court settlements and low profile coverage in the media. One recent event was just that, low profile coverage and settlement in a class action lawsuit that was quietly paid out to those done wrong.

A large bank was receiving deposits from customers such as their salary. They would then hold it out until all deducts had been paid out creating overdrafts and fees for those overdrafts. Once the fees were charged to the customer the deposit was made. When customers complained or asked they were told no, that wasn’t the case. The printouts shown to the customer appeared to show the deposit was manipulated were explained away. Customers were told they looked that way but that wasn’t the case. They had actually had the overdrafts. Many didn’t buy it and left the bank for another.\This went on for years until someone had had enough. They hired a lawyer and a class action lawsuit was filed. Their customers were awarded almost $17 million. But this wasn’t before the bank, which was making a lot of money from overdraft charges, doubled the fees for the overdraft taking their greed to another level. WOW! If it works why not push it to the limit. So from what angle do we want to approach the story?

There are several ways. You could start with the story of the creation of the act of greed and the motive behind it. Was some employee looking for a way to move up the ladder in the organization? Was he pushed like those employees at Wells Fargo to perform beyond their ability? Was it known to others in the company or as is the case most of the time were higher ups well aware of the plan.
Then there is the more personal story line. You could look at the single mom working two jobs to support her kids while going to night school. Every penny counts. How do these overdrafts weigh on her? Then there is the retiree on a fixed income wondering how to make the month with less money. How did their encounter go with the bank when they brought to their attention the manipulation of their deposit? Can you share the disdain shown them by the employees and management when they interrupt this great plan to milk them of their funds. 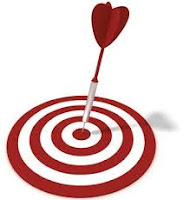 You could also add a love interest with one of the main characters or a murder to cover up the wrong doings of the company. As I said before company greed is an easy target. It can start with a simple desire and grow to extraordinary obsession.  Once it is out of control it comes to the surface. Where to find it? It is everywhere. Look around you for that additional fee, overcharge, inflated services or even an explanation for any of these that seem not to hold water. Take it from there and imagine the worst. It probably won’t come close to what has actually happened.

Email ThisBlogThis!Share to TwitterShare to FacebookShare to Pinterest
Labels: Corporate Greed – Something to Write About, Doyne Phillips, Managing Editor for Southern Writers Magazine