Can a Vampire Virgin Write Paranormal? 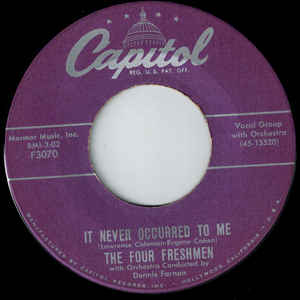 When I started my writing career, writing paranormal never occurred to me, although I did craft five humorous paranormal short stories about angels and devils, love and death, and weddings and funerals. From there, I focused primarily on novel length fiction in a variety of genres from humorous coming-of-middle-age women’s fiction to historical romantic thrillers and suspense. But along the way, paranormal and fantasy elements kept creeping into my work. There was Someday My Prints Will Come, featuring my heroine, Eva—a minor goddess of the Venus variety, descended from a distinguished line of matchmakers. And then I started A Psychic Crystal Mystery series, including Sixth Sense, Homecoming Homicides, Killer Cruise, and my latest novel, The Vampire Next Door.

The series is about a family of psychics (mother, daughter, grandmother), but something strange happened in Book 3 of the series. My villain turned out to be a vampire. It didn’t start out that way. Gedeon Nagy was a regular dastardly villain, but when I was almost at the end of the book, I concluded, “This guy is a vampire,” and I went back, made adjustments and created an entire backstory for Gedeon. I didn’t intentionally make him a vampire. He just came, unbidden, into my consciousness. Like Jessica Rabbit, he was “just drawn that way.”

So now I add Paranormal/Fantasy to my list of genres. In the past, most authors were known for one particular genre. That’s what their readers expected and wanted so that’s what the authors delivered. If they wanted to veer off the beaten path, like Nora Roberts or Jayne Ann Krentz, two of my favorites, they used different pen names. But now authors feel free to write in whatever genre they want. They tend to experiment. But, in my case, I can’t stick to one genre and I find I can write paranormal, whether I started out to or not.

I certainly never thought I’d write about vampires. I like reading about vampires and watching TV shows about vampires but as far as writing them, the thought never occurred to me. But, apparently, I began doing it and discovered how much fun it was. I haven’t decided if I want to continue with the Gedeon character, who is now reformed vampire Lancelot “Lance,” Lakeland, working in his father-in-law’s psychic detective agency in Atlanta and married to his beautiful daughter, Aurora Dawn, a gifted psychic. 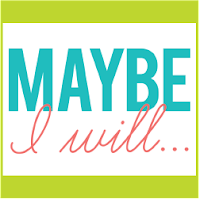 Maybe I will or maybe I won’t, but in either case, I feel I have the flexibility to write another vampire story if I want. And you should too. Don’t be defined by one genre or another. Spread your wings. I don’t read only one genre, so why should I be limited to write in only one genre? And why should you? 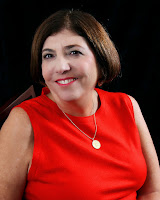 Marilyn Baron writes humorous coming-of-middle age women’s fiction, historical romantic thrillers, suspense, and paranormal/fantasy. A public relations consultant in Atlanta, she’s a PAN member of RWA and Georgia Romance Writers (GRW), winner of the GRW 2009 Chapter Service Award and writing awards in single title, suspense romance, paranormal/fantasy, and novel with strong romantic elements. The Vampire Next Door is Marilyn’s 12th novel with The Wild Rose Press and her 20th work of fiction. AmazonEncore re-released her book, Sixth Sense, the first in her psychic mystery series, on September 15, 2015. She’s also self-published two novels and a musical and published five humorous, paranormal short stories with TWB Press, an electronic publisher of science fiction, supernatural, horror, and thriller. She’s served three years on the Roswell Reads Steering Committee, sponsored by the City of Roswell, the Atlanta-Fulton Public Library System and the Roswell Library, which promotes the value of reading and literacy through the shared community-wide experience of reading and discussing a common book. She was selected as an Atlanta Author in the 2016 Atlanta Author Series. She is a 2017 Nominee for the Georgia Author of the Year Awards in the Romance category for Stumble Stones: A Novel. A Miami, Florida, native, she graduated from The University of Florida in Gainesville, Florida, with a Bachelor of Science in Journalism (Public Relations sequence) and a minor in Creative Writing. Marilyn lives in Roswell, Georgia, with her husband, and they have two daughters. Her books include The Vampire Next Door from publisher, The Wild Rose Press, Inc. To find out more about Marilyn’s books, please visit her Web site at: www.marilynbaron.comre+next+door+marilyn++baron Her Social Media Links are: Website, Twitter, Facebook, Goodreads,  and Amazon Author Page.