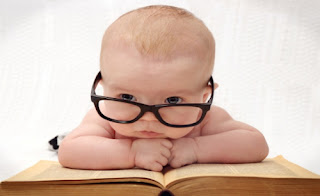 Some books are written within a few months or a year. Some books, especially nonfiction, take longer because there’s a process that parallels the path of a writer’s journey and experiences. My path to publication had its beginning through magazine writing. From there came an opportunity to write blog articles, author interviews, writing articles, poetry, a newspaper column, and the list goes on. My list includes writing that could be used as teaching examples that would one day form a book, hopefully to help other writers figure out the path to publication. So here’s my story on how I birthed a book from my experiences.

It took several attempts accompanied by many rejections to figure out how to be one of the top ten writers to make the cut for a single issue of Boys’ Quest, and Hopscotch magazines. The magazines combined published approximately 20 articles every two months, and the editor received 10,000 submissions in one year for a total of twelve issues—bringing the total number of articles purchased in a year to approximately 240, not including the sibling magazine Fun for Kidz.

I determined the only way around the dilemma was to read articles written by writers who had made the cut. The project was daunting. Unlike having compilations of short stories on my bookshelves written by successful writers like Flannery O’Conner and others, I’d never heard of a book of compiled kids’ magazine articles written by one author.

Therefore, I spent a small fortune buying kids’ magazines to study. The venture paid off. My stories began selling. And one thing I noticed about the writers who were getting published in these magazines—they all had what’s known as Voice, what all editors look for in writing.

I’d been told my writing had voice. But, what exactly, was Voice? And how did one acquire it? The more I studied the subject, I realized Voice was nothing more than a writer’s personality coming out on the page. Voice could also be the tone, the mood, or the style of the piece written in a unique voice totally different from someone else’s. Voice was writing that made a reader feel like they were there—part of the story. And Voice was recognizable.

After compiling some of my published kids’ stories in one book—How to Write for Kids’ Magazines—to give other writers examples of what worked and what didn’t, which translates to “what sells,” I decided a book on Voice would be even better.

Oh, no. Not another one.

Actually, I found a few books on Voice I liked, but none at all that were a compilation of examples of persuasive voice, voice in blog writing, narrative voice, and voice in creative nonfiction, memoir, flash fiction, nonfiction, newspaper column writing, advertising, poetry, devotions and Bible studies—all of which I’d at one time published. Perhaps a compilation was long overdue so writers in a volatile writing market, having to write more nonfiction because fiction sales have taken a downturn, wouldn’t have to spend a small fortune to do what I’d done; buy a truckload of books to study voice in different genres.

Another writer and college professor also thought a compilation was a good idea. New York Times bestselling author Lee Smith wrote a blurb for my book, Writing with Voice, “I’m looking forward to this collection…because in my own mind, voice is the single most important element in prose narrative, fiction or nonfiction. And unfortunately, it’s almost impossible to teach. The only way I’ve ever been able to do that is to give my students some good examples to read—so it’s great to have a whole collection.”

And from my desire and passion to help other writers realize their own dreams of publication, an idea was sparked. And a book was birthed. 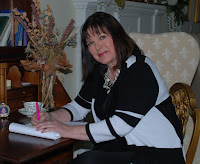 Vicki H. Moss is the author of Writing with Voice, How to Write for Kids Magazines, Adrift, Rogue Hearts, Smelling Stinkwood (available at Amazon and Barnes and Noble) and frequent contributor to the Moment’s series. She’s written over 500 articles nationally and internationally and is a freelance editor and Contributing Editor for Southern Writers Magazine.  When Vicki’s not writing and teaching at writing workshops, she’s often outdoors behind a camera.

Email ThisBlogThis!Share to TwitterShare to FacebookShare to Pinterest
Labels: Adrift, BIRTHING A BOOK, How to Write for Kids Magazines, Rogue Hearts, Smelling Stinkwood, Writing with Voice