The Secret of the Giant Redwoods and Southern Writers Magazine

A birthday card I found some years ago read as follows:

“Birthdays always remind me of the giant redwoods on the West Coast. The way they stand tall and proud year after year, century after century. Their majestic beauty never fails to take my breath.

Thank you for planting them. Happy Birthday!”

Those ancient redwoods live 500 to 800 years with the oldest being 2000 to 2200 years old. That would date you if you had planted them. They do stand tall and proud and appear to do so with such great ease. Many standing over 200 feet tall and the tallest, believed to be the world’s tallest tree, is said to be 379 feet. Such great height must surely need great support and it has but not as you would think. The roots of those redwoods are only 10 to 12 feet deep. So how do they support themselves?

What is the secret?

Their roots may not be deep but they spread out 3 to 5 times their height. A 200 foot redwood could have roots spreading out 600 to 1.000 feet. The tallest could spread out 1100 to 1800 feet.  But that is not their only secret to their support. Each redwood tree’s roots, while spreading out to great lengths, are also intertwining with the roots of each and every tree in their immediate area. They support each other.

Thinking on this I wondered what it would be like to have such a support system. Each individual intertwined with every other. All are supporting one, and one is supporting all. Believe it or not that is what Southern Writers Magazine was founded on. We began with the vision of “a magazine by writers and for writers”. It has developed into over 1,032 authors supporting other authors by sharing their ideas with them. Each author like a giant redwood intertwined with other authors supporting them as they are supported. 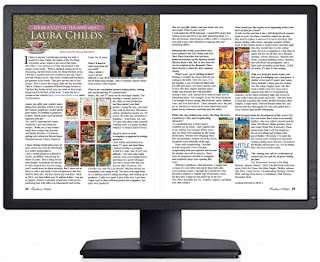