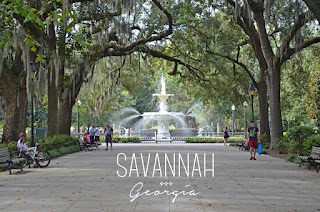 The story seed for Red Curtains came from a trip to Savannah, Georgia. It was our first visit there, and a celebration of our 26th anniversary. While we waited for a tour bus, a homeless man, wearing a long trench coat over ragged layers of clothing, and a goofy court-jester type hat with little bells on the ends of each dangly point, sauntered up to a mailbox and proceeded to sprinkle some invisible substance around the base of a mailbox while chanting some unknown language.

Boom! I had a story. Once on the bus, I jotted notes furiously, my mind going much faster than I could transfer them to paper. This character became Lily in Red Curtains.

Red Curtains is the first book of my GRITS series. (Girls-Raised-In-The-South)  It’s a different kind of “series” in that each book will be a stand-alone story with no overlapping character. They will all feature a strong, creative Southern girl and be set somewhere in the South, and will be in the romantic suspense genre.  I’ve already signed a contract for the next one (Half-Moon Lake), and have two more already completed, and two more outlined. There are many, many more in my mind.

The best part of writing for me is when the characters take over the story and carry it off in an uplanned direction. I call that the “magic.” I just hold on for the ride, typing as fast as my fingers will go. When I come to the end of that scene, I just sit back, almost out of breath, and say, “Whew!

There are two “worst parts.” One… painting myself into a corner. The antedote to that usually comes while I’m in the shower. I think, maybe the steam lubricates my brain so it’s able to come up with a solution. Two…having ideas coming at me like machine-gun fire and being unable to write because I’m in the middle of one job or another. My husband and I own a Amish furniture store and it keeps us pretty darn busy, and living on a farm, like I do, there are always unplanned jobs that MUST be done first.  Very frustrating. I write the first draft on my computer, all the way through, from beginning to end, creating what I call a “story skeleton.” Once I have the skeleton, I go back through and add l the rest of the body: muscles, heart and lungs, “plumping it up,” and making it come alive. Once that’s done, I print it off and read through, adding scenes where I feel like they’re needed. Sometimes scenes get moved around for a smoother story. There’s a lot of scribbling in the margins, circled portions with arrows pointing where things need to move, etc. Then I go back to the computer and make the necessary changes.

North Carolina native, Leanna Sain, earned her BA from the University of South Carolina, then moved back to her beloved mountains of western NC with her husband. Her “Gate” books have stacked up numerous awards, from Foreword Magazine’s Book-of-the-Year to the Clark Cox Historical Fiction Award from the North Carolina Society of Historians. Sain’s fourth novel, WISH, is a stand-alone, YA crossover. Her Southern romantic suspense or “GRIT-lit,” showcases her plot-driven method of writing that successfully rolls the styles of best-selling authors Mary Kay Andrews, Nicholas Sparks, and Jan Karon into a delightfully hybrid style that is all her own. Regional fiction lovers and readers who enjoy suspense with a magical twist will want her books. She loves leading discussion groups and book clubs. For more information or to contact her, visit: www.LeannaSain.com Facebook: https://www.facebook.com/Leannasbooks
Twitter: Leanna Sain@Leannasbooks Website and blog:  http://leannasain.com Goodreads: https://www.goodreads.com/LeannaSain Buy link: http://catalog.thewildrosepress.com/all-titles/4594-red-curtains.htmlhttps://www.amazon.com/Red-Curtains-Leanna-Sain-ebook/dp/B01L5R53U8 https://itunes.apple.com/us/book/red-curtains/id1149202885?mt=11 http://www.barnesandnoble.com/w/red-curtains-leanna-sain/1124412152?ean=2940156862825  https://store.kobobooks.com/en-us/ebook/red-curtains