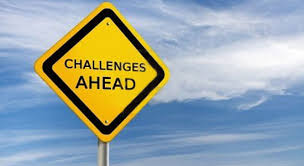 Writing a series is an adventure with challenges abounding. One of those is maintaining the overarching theme and premise for each book in the series.

In my Fireflies series the theme “love finds a way” and premise “a dead man’s spirit helps his loved ones find true love,” were the elements to be honored while the plots and main characters had to vastly differ. The biggest challenge was incorporating the premise, because I made the decision to write the novels so readers might decide for themselves whether certain events are coincidental or supernatural. Far easier would have been to create a full-fledged ghost. Doing so would have opened doors. Instead, I had to be more creative in my choices, devise circumstances offering evidence enough for believers but not for skeptics. This was never more difficult than in book three of the series, the most recently released, Love to Win.

The main characters in Love to Win, Dante and Brenna, are secondary characters in the first two books, and readers are treated to their considerable chemistry from the start of the series. Dante and Brenna have a contentious past wrought with competition. By virtue of mutual friendships, they mix at social functions where they mostly play nice for the benefit of others. The difficulty in writing their story was honoring the series premise because in this third novel the help provided by the dead man, Jack, is retroactive, occurring before his death rather than after, as in the first two books. Nonetheless, his involvement still had to be current for the characters while straddling the line between supernatural and coincidental.

We writers are our own worst enemies, aren’t we? We choose substance over simplicity, which sounds great until it’s time to sit at the keyboard and make it happen. This dilemma—Jack being present without being present—kept me up nights. How to make the dead man more of an entity in Love to Win without creating an actual spirit or changing the untimely method of his intervention?
In the end, the answer came from the same source that brought me the series premise: my parents, dead nearly twenty years.

Here’s the thing. I talk to them all the time. Unlike the heroine of the first Fireflies novel, I don’t expect an answer, it just makes me feel better to run things by them—you know, in case they’re hanging out watching over things down here. You never know, right? And sometimes—not always, but sometimes—I fancy their voices in my head offering sage advice. I know, I know. You skeptics are thinking, “Your own brain is fabricating their voices.” You believers, though, are nodding and musing, “Love transcends dimensions we don’t even know exist. It is possible. Who’s to say?”
Who’s to say, indeed? 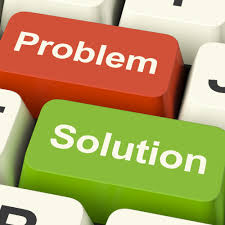 And therein was the solution to my problem. You see, in book one, Love Built to Last, the heroine is Jack’s widow, Maddie. She is certain he communicates with her, but not through conversations in her head. In book two, Love to Believe, the heroine, Rebecca, falls for Jack’s brother, Sean. Rebecca never knew Jack personally, though she knows of him, so his involvement with her is limited and pointed, but still within the realm of coincidence. But in Love to Win, after Mama and Daddy whispered in my ear, I realized I was free to open it up to something more. Jack was Brenna’s brother, and she talks to him as I do my parents. She hears his voice in her mind, imaginary, of course. Like my conversations with my parents, Brenna’s internal dialogue with Jack is no more than a product of her own desire to hear his voice . . . or is it? Well, that’s for the reader to decide. But as a writer, bringing that conversational component into the story solved my dilemma. 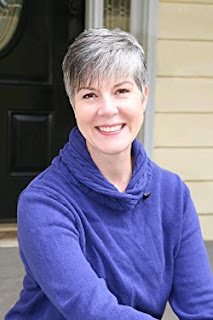 Lisa Ricard Claro, author of the book Love to Win, released July 2016. This is the third book released in her Fireflies Series. She is also professional editor and award-winning author with published articles and stories spanning multiple media. She resides in Georgia with her husband, is mother to three (a ruggedly handsome son and two stunningly beautiful daughters—Lisa might be a little biased), and dreams of living at the beach. In addition to an array of sand dollars and seashells, a sign in her office promises Sandy Toes and Salty Kisses Welcome Here.Lisa has a heart for rescued pets, and you’ll find one in all of her books. Sometimes their rescue is part of the story (Pirate the dog, in Love Built to Last), and sometimes they’re already ensconced in their forever home (Pavarotti the cat, in Love to Win). As you read Lisa’s novels, watch for the rescues. A fan of every genre, Romance is one of Lisa’s favorites because she believes in love and happily-ever-after—but she’s a mystery buff too, and a whodunit is coming soon. Website:  http://www.lisaricardclaro.com/ Amazon Author Page: https://www.amazon.com/Lisa-Ricard-Claro/e/B00MUYB8IW Goodreads Author Page:  https://www.goodreads.com/author/show/4560037.Lisa_Ricard_Claro Facebook:  https://www.facebook.com/LisaRicardClaroAuthor/  Twitter:  https://twitter.com/lisaricardclaro