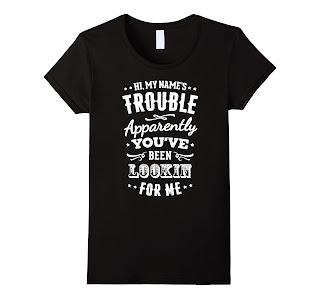 Most sane people don't go around looking for trouble.  In fact, they do their best to avoid it. More often than not, trouble finds them instead. A flat tire, a power outage, a computer crash — no one anticipates calamity, much less extends an invitation to it.

But when conjuring up a story, mayhem can be our best friend.

Since conflict gives fiction its fire, we do well to put our natural human instinct for self-preservation aside and actively invoke troubled times, at least for our main character. The better the obstacles between them and their goal, the more compelling the story.

Since trouble comes in many different flavors, the genre will often dictate the appropriate realm of ruin to choose from. A lover's quarrel that would send Bridget Jones running to her diary is unlikely to hound Sherlock Holmes while investigating a Baskerville murder. Deciphering whether alien messages are friendly or declarations of war would probably be too out of this world for a child's book.

Indeed, the age and life circumstances of the intended reader is a ready yardstick for measuring the severity of impending doom. Dealing with a school bully is sufficient drama for a student reader, while a mature audience is capable of pondering the end of mankind. If your protagonist is the approximate age of your typical reader, it's easy to throw the appropriate curveballs their way and have them struggle authentically. 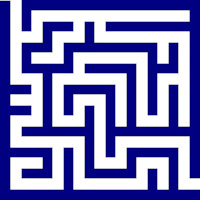 The most tried-and-true obstacle is another character who seeks the opposite outcome. The murderer will do everything in his power to prevent being captured. The handsome rancher has vowed never to fall in love again. A cut-throat coworker connives to get the big promotion instead of our hero.

As we know, making trouble for our protagonists is simply a matter of giving them a goal and then putting roadblocks in their way. We can think of our storyline as a maze, where the hero/heroine knows where they need to go, but getting there is just one problem after another thanks to all the obstacles in the way.

"The trouble with trouble," it's been said, "is that it always starts out as fun."  Have fun being the real troublemaker in your story.  It's the one time you don't have to worry about getting punished.