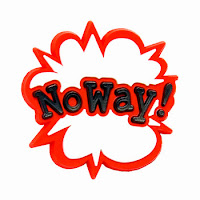 Countless writers have compared writing and publishing to giving birth. And while most  mothers would say, “No way,” I agree that taking a book from conception to delivery is in some ways a similar process.

Guys, please don’t stop reading. This post is not for women only.
THE CONCEPTION
Eighteen years ago, a friend and I shared a chocolate (what other kind is there?) dessert one rainy day. We had met a few years before and formed a solid relationship as writers, readers, and women.

I have always lived in South Carolina. But my friend, while born here, was a military child and had lived all over the world. She returned to South Carolina to teach at a major university. I was Caucasian; she was African American. Married for over twenty years, with children in high school and college, I returned to the university to pursue my passion—writing. She was, comparatively, a newly wed with a toddler, and was my professor.

We discussed many things that day, but when the conversation turned to family, our mother-in-law stories crossed the lines of coincidence. How could that be when our backgrounds were so different? Did others have similar stories? Were most mothers-in-law horrible people? Or was there the possibility that the bad-rap about them could be challenged?

We wanted to know, and right there over chocolate, our book His Mother was conceived.

Later, my friend found she would not be able to participate in the book, but glowing with the idea of a new project, I continued.
TAKE AWAY: Don’t close your mind as to where book ideas can originate!

THE PREGNANCY
I needed contributors like a pregnant woman craves food. I wanted both published and yet-published writers, who loved the project as I did. I wanted writers with diverse backgrounds, ethnicities, and nationalities.
I crafted emails outlining my specific wants for the submissions. I contacted writers I knew personally. I asked them for recommendations. I contacted groups and placed submission calls on select writing websites.

Waiting on responses, I prepared my book proposal using models from books and publishers’ guidelines, paying specific attention to books on the market that might compete with His Mother.
I focused on how my book differed from these, what it offered that others did not.

I narrowed the hundred responses to eighteen suitable to my focus. Then, I began revising and editing.
TAKE AWAY: Develop a writing network. Join writing groups and associations. Get active in the writing community.

Be specific about your REASON for writing a book, whether fiction or nonfiction. You must have a focus for writing whether you are a pantster or a plotter, or your manuscript will become unmanageable.

Seek the best advice and models for what you write.

REVISE and EDIT SEVERAL TIMES. Your work grows stronger in proportion to the time you allot to this.
THE LABOR
With the sample stories in shape and the proposal done, I prepared a list of agents and publishers, and sent out the proposal. Then I waited.

Several rejections later, a flutter of interest occurred. But it came to naught.

I re-submitted the proposal, sent in full manuscripts when asked, and waited again. More rejections, another flutter, but again, it proved false.

Years passed. I grew tired. Frustrated. I distracted myself. Worked on other books. But the urge to get that book out was ever-present.

I revised and resubmitted, again.

Then one fine day, when I felt totally out-done with the project, a contract offer arrived.
TAKE AWAY: (You already know it): DON’T GIVE UP! 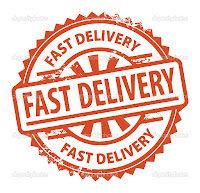 THE DELIVERY
After more revision and editing, all was ready, but then came a complication. Three months before the scheduled release, the publisher closed its doors.
But no way was I going to stop the momentum we had built. I owed my contributors. I decided to open my own publishing company, and His Mother debuted right on time.
TAKE AWAY: (Again) Do not give up. Be creative in your solutions to today’s publishing challenges. Believe in your work. Find a way. This business can be painful, yes, but it can also bring immeasurable joy.

Sandy Richardson is the editor and a contributing writer to His Mother! Women Write about their Mothers-in-law with Humor, Frustration, and Love (2016). Her first novel, The Girl Who Ate Chicken Feet, was published in 1998. Her other fiction and nonfiction have appeared in several anthologies.  “Nana’s Basket” (The Pettigrew Review) received a nomination for the Pushcart Prize in 2013. Richardson is a member of the Society of Children’s Book Writers and the Women’s Fiction Writers Association. She currently writes from her home in South Carolina and is founder and Editor-in-Chief for Southern Sass Publishing Alliances. Visit Sandy at www.SouthernSassPublishingAlliances.com  Twitter: @Southernsaspub4
Or https://www.facebook.com/Southern-Sass-Publishing-Alliances-164884667274954/

Email ThisBlogThis!Share to TwitterShare to FacebookShare to Pinterest
Labels: and Love, BIRTHING A BOOK, frustration, His Mother! Women Write about their Mothers-in-law with Humor, Sandy Richardson, The Girl Who Ate Chicken Feet