The King and I

I just read an interview with James Patterson, the author of all authors, that I call the King.  Every time I do this, something sticks in my mind. I refer to him as the king, but in fact, he portrays himself as a humble, writer that has discipline and is a father and a husband.  A braggart, he is not.  He has produced 73 #1 best Sellers and sold 325 million books.

Now in comparison, I have yet to have a #1 best seller.  I have self published 12 books.  That is a far cry from being a comparison.  But there are comparisons. James Patterson writes in the early morning. And I write all night, sometimes until morning. I play a game called spider for a while to clear my head of everything but my story. Then I refer to my notes and write my heart out. We both write multiple genre books and book series.

He writes everything from mysteries, detective, cook books, children books and many others, so I do the same. I write mystery, detective, history, adventure, military, western, and romance, autobiography and book series. Both of us have a book in the making when we finish the one we are on.  I have three in the making at the present time.

The differences between Patterson and me are huge. Patterson is smart, successful, and good at what he does and I am trying as hard as I can to be successful writing to multiple markets.  Patterson has co-writers, publicist, editors, secretaries, publishers, a marketing machine and a wealth of readers.  Me, myself and I are hard at work to be the best I can with what I have to work with, giving up is not an option. I read all I can every day about what the top writers are doing, what they are posting, and I post something similar on my author page.  I learn something new every day.

Another writer second only to Patterson had a hard time finding a publisher just like everybody else.  He didn’t give up.  He got smart.  He had boxes of his books self published, filled his trunk and went door to door to sell them. He did what it took to sell what he had, so he could do it again tomorrow. 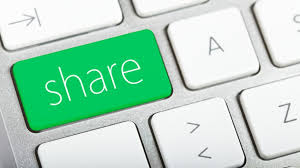 In comparison, I posted my books on every group page at Facebook that might be interested in that particular book,  Air force base Yokota in Japan,  Clark Field in the Philippines, Hunter  Field in  Savannah, Ga.  Then the orders started coming in for my two military books. Women even like military books. I was advised to not publish military books, nobody would buy them. Boy were they wrong.  I published my autobiography even though I was advised not to.  That is my Best Seller. Knowing Elvis and Johnny Cash probably had something to do with it. LOL

The top-selling author in every genre puts his pants on and goes to work writing just like you do. 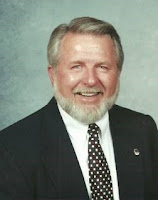 ELBERT ALBERSON was born in Memphis, Tennessee.  He left home at an early age joining the Air Force and traveled extensively.  During his travels, mostly in the Air Force and in the early stages of Vietnam, he experienced   adventures  of a life time flying  North  to  Newfoundland, South to  the Azores in Portugal and  the Far East to include Vietnam,  Japan, Philippines,  Cambodia, Laos,  Australia, Thailand,  Okinawa, Burma and Singapore.  He experienced   near death incidents multiple times and learned the many customs and traditions in these countries.  This has led to many stories to tell, most of his story lines are fictional stories and people. After serving his time in the military, his adventures continued   through his associations with the sport of Scuba Diving for many years. There are many stories of real Experiences of Adventure and Excitement. Most story lines are fictional stories.  But Elbert is the main character in most of his books with real people and places in his books. Because of his travels and experiences and the research required to write his stories to include real historical events and actual happenings, you will relive and experiences through his eyes. Elbert and his wife live in a small town in South Georgia.  Being retired now, gives him the opportunities to write his books, his experiences and historical Adventures he has had in mind for years.  His books include:   Cotton Top Remember Me,   Red Bull,   Cay Sal,   Diamonds and Gold,   Old Gold,   Fire Island, The Italian Incidents,   River of Intrigue   and   Memphis Intrigue 1940.