I met LeeAnn Jefferies at a writers conference in the glorious Blue Ridge Mountains. I had been on faculty at this particular conference for over a decade; this was LeeAnn’s first writers conference of any sort. I can’t say I’d noticed her before we were introduced. The conference draws hundreds. But the moment she sat in front of me in the faculty/conferee conference room, I felt an immediate connection.

“My name is LeeAnn Jefferies,” she said, her voice quivering. She opened a portfolio of glossy photographs and tear sheets. “I used to be a model for The Ford Modeling Agency—have you ever heard of it?”

I assured her that I had.

“But I’m also a bipolar,” she said, her words now growing stronger, as though she were prouder of the second bit of information about herself than the first.

I fell back into my seat. A family member of mine had recently been diagnosed with the same … and her illness had affected me in ways I still find difficult to articulate.

“Everyone says I need to talk to you,” LeeAnn continued.

“That’s because they know …” I struggled with my words. I blew out a deeply-held breath. “They know the heartache of what I’ve been through lately.”

After a few minutes of flipping through the photos in her portfolio, LeeAnn declared, “Eva Marie, I have a story to tell … but I don’t know how to tell it.”

Well, that wasn’t altogether true. She knew how to tell it. She just didn’t know how to write it. “LeeAnn,” I said. “I can’t write my story. But I do know how to write. If you tell it to me, I’ll write your story.”

Over the course of the next few years—literally, years—I filmed LeeAnn as she painstakingly told her story of being adopted at nine months of age … of often feeling unloved and unwanted by the very people who had adopted her … of how her mother, when LeeAnn had been only 17 years old, nearly ordered her boyfriend of three weeks to marry her (and he did!). She talked to me of the few months she and Kenneth had before he left for 13 months in Korea, of how they’d moved to New Mexico, and how she’d had one … then two children.

And then the voices had begun to tell her things. Horrible things. She explained the euphoria of mania and the pits of despair unlike anything I’d ever heard. She cried when she talked about electroshock therapy, and then glowed a little when explaining about the day a shaft of light poured into her room on the fourth floor of the hospital—the floor where steel doors lock you in and the rest of the world out.

That light, she said, inspired her onward. “Told” her she would see her dreams of modeling in the big league come to reality. And she did … but refusing to take her medication or acknowledging her illness cost her a decades long career in the end.

LeeAnn is from Birmingham, Alabama. I am from Sylvania, Georgia. We are two Southern gals who speak a language we both understand—not only the languages of success and bipolar disorder, but the Southern ease of speech we belles have perfected.

I listened to LeeAnn’s pattern of speech. The dialect. How it changed when she spoke about the elements of modeling and of being bipolar. “The folks at Ford said, ‘You’re beautiful, LeeAnn … just don’t open your mouth and speak.’” And then she laughed. But when she spoke of being bipolar, she said, “Honey, when the mania comes, you may as well understand that it’s doing the driving and you’re just along for the ride.”

As the pen to her voice, I didn’t want to lose that quality. I felt it both amusing and critical. As the writer, I wanted, at times, to polish the words. But to do that would mean losing the flavor. Someone like LeeAnn—someone with such pizzazz and wonder—didn’t need to come across flat and boring.

LeeAnn is anything but boring!

After The Bipolar Experience released, LeeAnn’s husband picked up the book and read it cover to cover. A few days later he called me. “Eva Marie,” he said, “How in the world did you manage to write in such a way that you sound just like LeeAnn?” 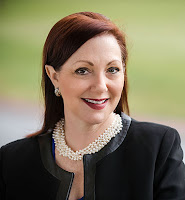