Storytelling with a Bubble 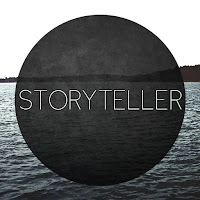 Storytelling is as old as mankind itself. It has evolved from petroglyphs and hieroglyphs to stories around the campfire and finally to the digital era. That evolution has also had several side effects…attention span and discerning tastes.

Today’s reader wants his information delivered in a succinct and efficient manner…get to the point and don’t play games, thank you.

Now as far as fiction goes—and that’s what I write—the first thing an author has to be aware of is the suspension of disbelief. That means or is defined as a willingness to suspend one’s critical faculties and believe the unbelievable.

In other words, how do you suck the reader into the story so they perceive it as real, no matter how implausible?

It’s called storytelling. If the writer himself doesn’t see, hear, feel, taste and smell what’s going on in a given scene…he can’t expect the reader to. He has to create a bubble to surround the reader. How do you do that?

The primary tool of the writer in storytelling is emotion. The writer is the brush; Emotions are the Colors; the Character is the Canvas; the palette…your Imagination. As a writer, I’m acutely aware of how I’m emotionally responding to the story even as I write it. In one particular novel I wrote (Haunted Falls), there was a sequence that took me three days to write. It was probably less than three hundred words and yet I would write and have to stop until the tears dried up enough for me to see the keyboard and screen before I could continue. It was literally one of the most emotionally exhausting scenes I’ve ever written, but I knew that if I didn’t respond that way…neither would the reader. I call that creating the bubble.

One of the things I’ve found that can instantly take a reader out of the bubble is poor or unrealistic dialogue. I see far too many writers writing dialogue like writers and not like people speak. Now, I guess I have a bit of a leg up as an author because I was first a degreed, trained      and experienced actor. I had forty-four years behind me as a film/TV actor before I ever wrote my first novel. I did, however, write numerous screenplays and believe me, there’s not a lot of difference in dialogue between the two. 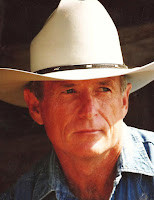 Ken Farmer didn’t write his first full novel until he was sixty-nine years of age. He often wonders what him so long. At age seventy-five…he’s currently working on novel number sixteen. Ken spent thirty years raising cattle and quarter horses in Texas and forty-five years as a professional actor (after a stint in the Marine Corps). Those years gave him a background for storytelling…or as he has been known to say, “I’ve always been a bit of a bull---t artist, so writing novels kind of came naturally once it occurred to me I could put my stories down on paper. Ken’s writing style has been likened to a combination of Louis L'Amour and Terry C. Johnston with an occasional Hitchcockian twist…now that’s a mouthful. In addition to his love for writing fiction, he likes to teach acting, voice-over and writing workshops. His favorite expression is: “Just tell the story.” His Social Media links are Website: http://www.kenfarmer-author.net Blog: http://www.kenfarmer-author.net/blog.html
Face Book: https://www.facebook.com/KenFarmerAuthor/ Twitter: https://twitter.com/pagact
Amazon: www.amazon.com/Ken-Farmer/e/B0057OT3YI