Ending Is Better Than Pending 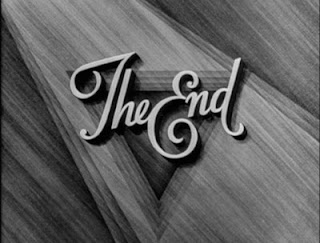 Over lunch some years ago, I was taken aback when a friend declared that he usually reads the last page of a book before deciding whether to read the whole thing. It seemed like a highly irregular approach to me. Since then, however, a smattering of other acquaintances have echoed that they too engage in this practice.

"Why would you want to read the book after you know how it ends?" I ask.  The answer may vary, but it invariably involves a defense that it doesn't diminish their enjoyment.  They argue something about a good story standing up to repeat visits, like a favorite movie.  At that point the conversation turns into a discussion of our favorite movies, and we never get back to the original subject.

If some booklovers like to start at the finish line, more power to them. In fact, starting at the end isn't just a favored trait of the odd reader, it is also a winning strategy of many writers.

Mystery authors in particular must possess a sense of whodunit and howtheydunit long before the climactic chapters.  How else can clues and red herrings be strategically planted along the way?

Truth is, foreknowledge of the finale isn't just for mystery writers.  No matter the genre, there are multiple benefits to be had, even for pantsers devoted to writing freeform. 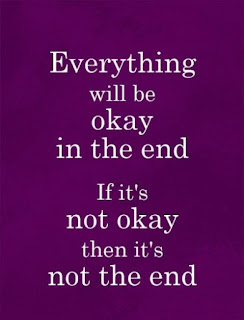 Having decided on the ending allows for preparing for the big finish in ways that will enhance it. Imagine an ending where the newlywed heroes are driving off into the sunset in a purple Corvette. Pleasant enough ending. But it can add an extra layer of emotional satisfaction if, earlier in the story, that very vehicle was out of reach to them in a showroom.

The opportunity to foreshadow is another plus to knowing where you're going.  If the young man's future father-in-law is the CEO of a boat manufacturing company, how much richer would it be if his own dad took him fishing every weekend?

Perhaps the biggest benefit to having the ending already mapped out is that it will keep you from wasting time writing nonessential scenes that don't push the plot in the right direction. Your first draft will have more focus and there'll be less to leave on the cutting room floor.

Whether we're working toward a bitter end or a happily-ever-after, a well-planned finish from the start can become a story's be-all and end-all.