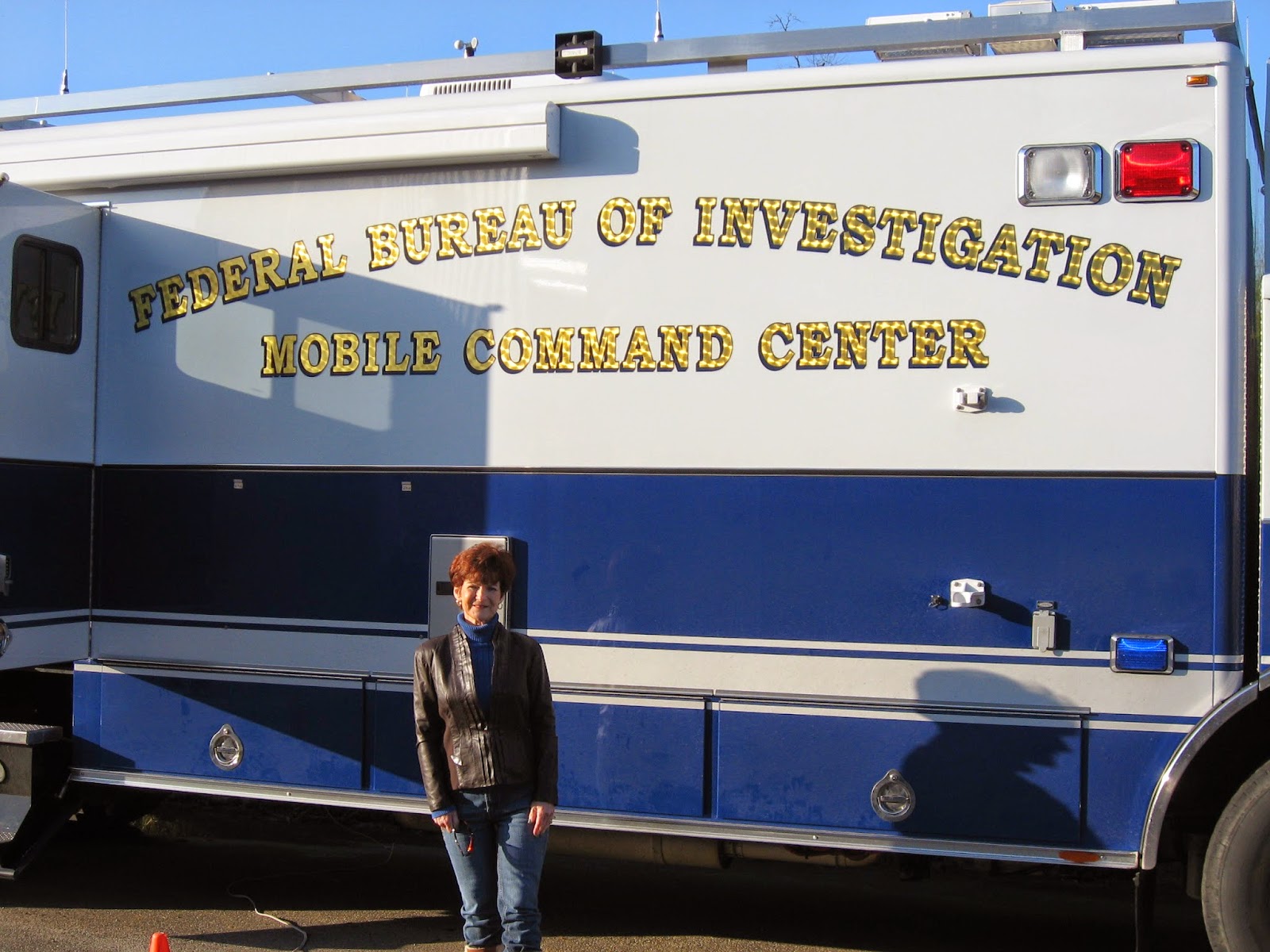 As part of the FBI Houston Citizens Academy, I spent four hours at the shooting range for Firearms Day. This wasn’t a restricted area so we could bring our cell phones, laptops, cameras, and a guest for a series of events. I chose my husband. I was sooooo excited.

The morning of the event brimmed cool and crisp, fueling my enthusiasm. Coffee was brewed when we arrived, warming my insides and dripping adrenaline to my already hyper body. I posed for hubby in front of this daunting hummer, and then I stepped inside to take a look. I closed my eyes and that’s when a scene for Firewall dumped into my brain.

A tour of FBI Mobile Command Center reminded me of a movie scene. All the buttons, gadgets, and screens reminded me of Christmas lights. Wow ... modern technology showed me the bad guys don’t have a chance when the FBI is on the move. 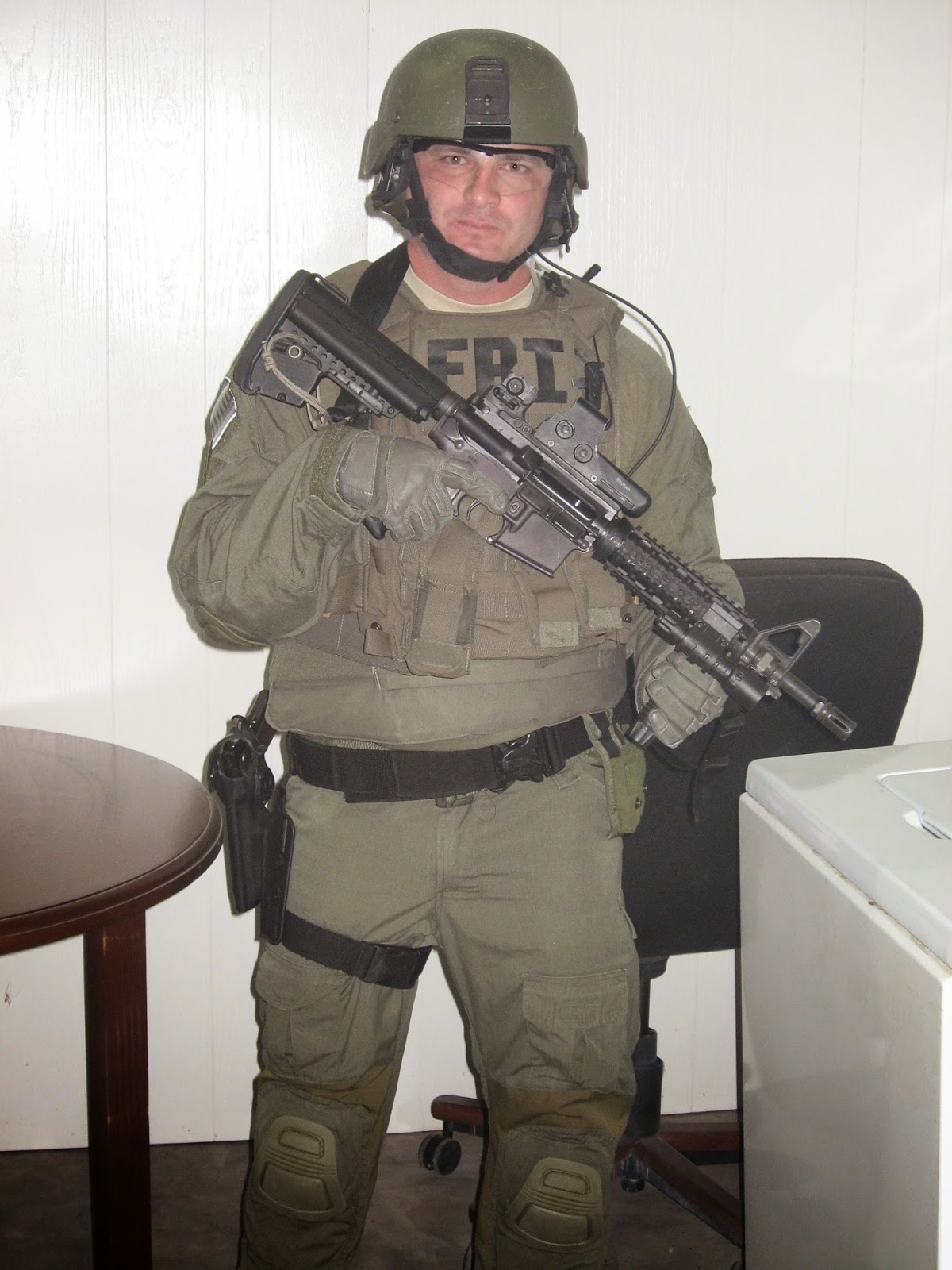 We wore earmuffs during a live SWAT demonstration. The team didn’t look like anyone I’d want to tackle! In a powerful countdown, a team blew up a mock house (training facility) and apprehended the bad guys. We watched it all on a huge screen. Once the smoke cleared, and it was thick, we toured the area. The SWAT teams’ helpfulness and explanations of the how and why of their procedures added more story ideas.

The shooting range was next. I trembled like a “little girl,” I’d never fired a weapon before and everyone in my group would see how inept this suspense writer. I drew in a deep breath and realized I’d now be able to write authentically about firearms. The weapons are heavy but the instructors were fabulous. My personal instructor seemed to know the challenges of a small person like me. But I did it and didn’t embarrass myself too badly. Husband, however, showed me up big time ... I’m finally over it. 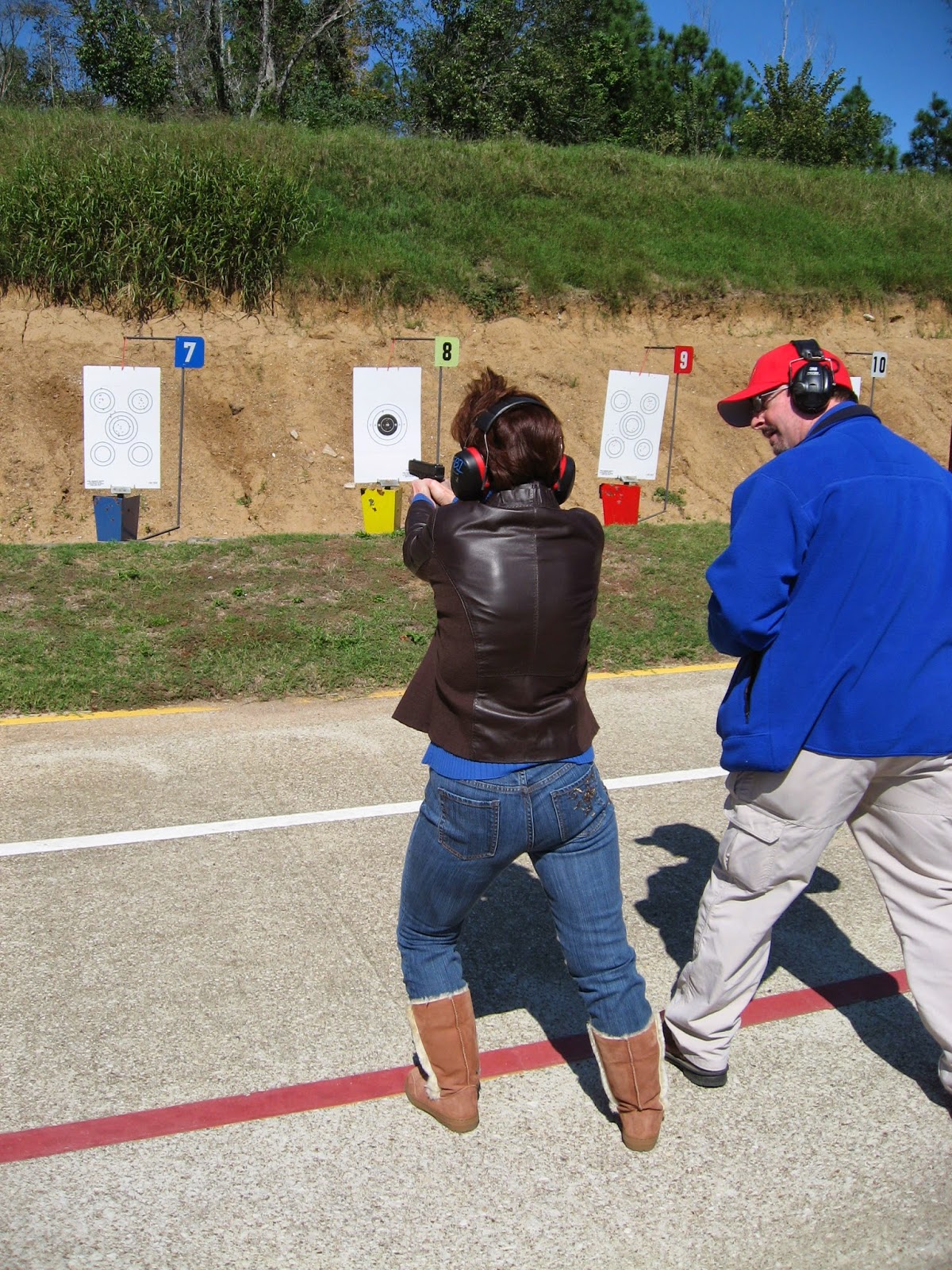 One of the most exciting events of the day was FBI simulation training. Yep, exactly like recruits in training. A wall-sized screen showed a crime in progress. Each one of us was given an opportunity to assume the role of an agent and respond accordingly with our weapons. That event was my favorite, especially when my response and shooting skills brought me out of humiliation mode from the shooting range. And the experience for future novels fueled my determination.

I already had tremendous respect and admiration for the FBI and others committed to law enforcement, and the experience at Firearm’s Day reinforced the danger. 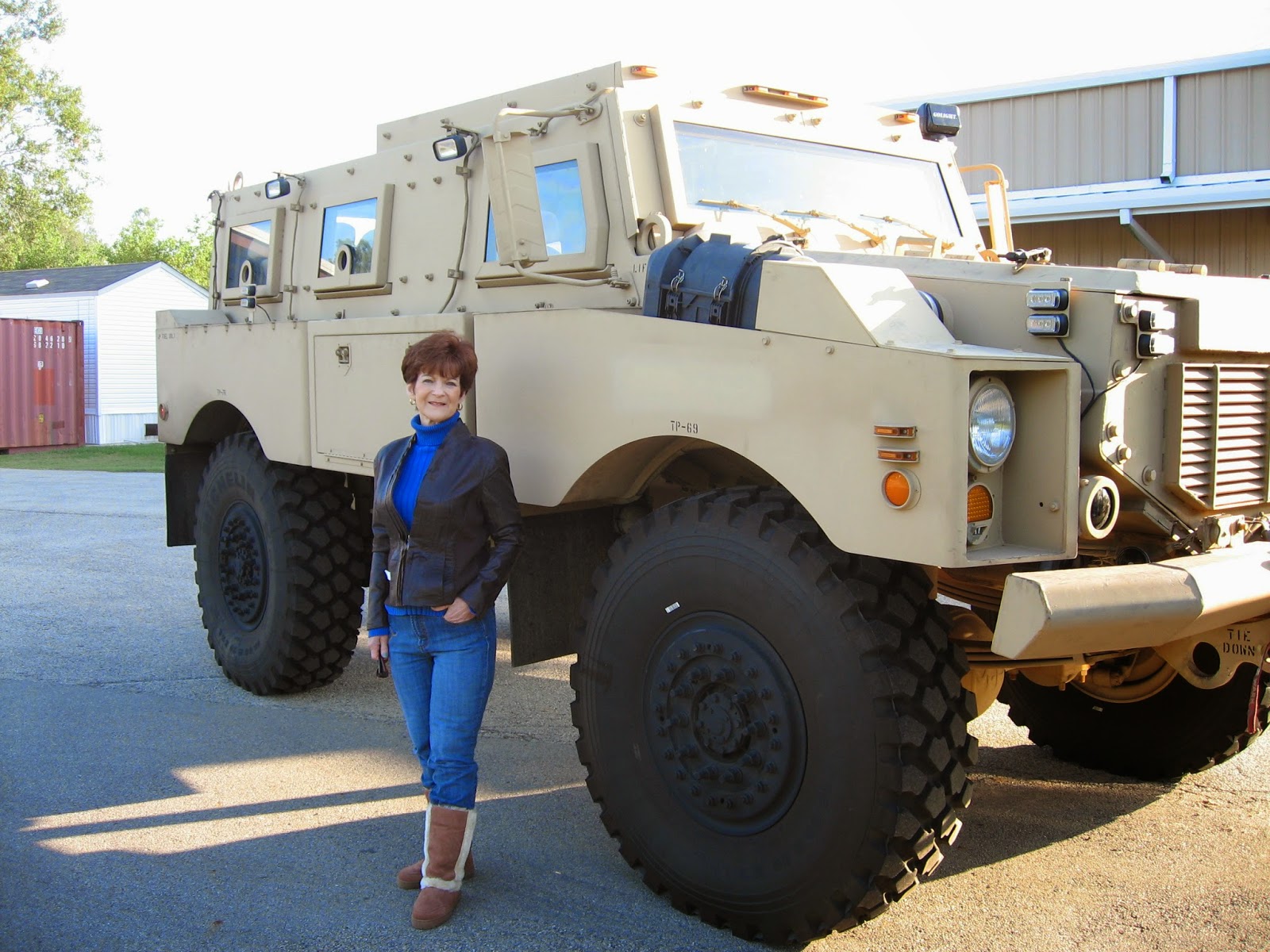 Award-winning author DiAnn Mills is a fiction writer who combines an adventuresome spirit with unforgettable characters to create action-packed, suspense-filled novels. DiAnn's first book was published in 1998. She currently has more than fifty books published. Her titles have appeared on the CBA and ECPA bestseller lists and have won placements through the American Christian Fiction Writer's Carol Awards and Inspirational Reader's Choice awards. DiAnn won the Christy Award in 2010 and 2011. DiAnn is a founding board member for American Christian Fiction Writers and a member of Inspirational Writers Alive, Romance Writers of America, and Advanced Writers and Speakers Association. She speaks to various groups and teaches writing workshops around the country. She and her husband live in sunny Houston, Texas. Her books include Firewall, her latest in the series The Survivor (crime scene Houston) and The Chase: A Novel (crime scene Houston). www.diannmills.com
www.facebook.com/diannmills twitter.com/diannmills