This is along the lines of perseverance but I think where perseverance tends to lean toward trying and not giving up, comes before.

If you persevere for something, you are going to try and try, overcome whatever obstacle in your path. Tagging along with this can be a determination-al mindset that you are determined-dedicated-to reach your goal.

However, I view determination as riding higher than perseverance. It sits above and is the constant factor after the achievement is committed to. You have said, “I'm going to achieve this.” This stays with you throughout the journey. You may have problems. You have setbacks or delays, but you've already made up your mind that you are going to succeed.

At the time of this writing, I had made a determination, at the end of 2013, to finish the edits/rewrites/revisions for three stories and to be ready to submit them within the calendar year of 2014. That's a hefty goal. However, I already had all three manuscripts completed and much already edited.

Night of Wine and Ghosts – I finally was able to create a catalyst for the events in the story. The plot had been missing this vital factor for years. I had one, but not one strong enough to enjoy and on which to expand.

Delta – I need to add a few more scenes, change the time line a bit, and then hit it hard for basic editing.

New Year Gone – My dream would be to add about 20-30,000 more words but I'm not sure where. I don't want to add obvious filler. The story is basically complete as is but I'm not sure if it's lengthy enough to be accepted.

I made the above determination because I felt I had been fooling around, jumping from story to story and not accomplishing anything. Of course, one of my setbacks was a five-month stint in a camper trailer and a screwy work schedule. Since October of 2013, I've been back among friends and familiar territory and even though I'm still busy at work, I will find time to write. 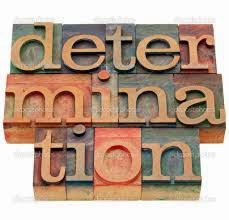 I will. I've made that determination. Even with online courses, which will take up evenings, I will write. I'm back with my cool writers group and have brought along a friend who also enjoys the quality of the group. This group, as much as anything, will keep me persevering. But I made the determination of my goal.

Yes, I know it will be tough but I'm going to give it my best shot.

Stephen L. Brayton owns and operates Brayton’s Black Belt Academy in Oskaloosa, Iowa. He is a Fifth Degree Black Belt and certified instructor in The American Taekwondo Association. He began writing as a child; his first short story concerned a true incident about his reactions to discipline. During high school, he wrote for the school newspaper and was a photographer for the yearbook. For a Mass Media class, he wrote and edited a video project. In college, he began a personal journal for a writing class; said journal is ongoing. He was also a reporter for the college newspaper. His first novel, Night Shadows (Feb. 2011), concerns a Des Moines homicide investigator teaming up with a federal agent to battle creatures from another dimension. His second book, Beta (Oct. 2011) was the debut of Mallory Petersen and her search for a kidnapped girl. In August 2012, the second Mallory Petersen book, Alpha, was published. This time she investigates the murder of her boyfriend.