Zen and The Art of Revising- Part One 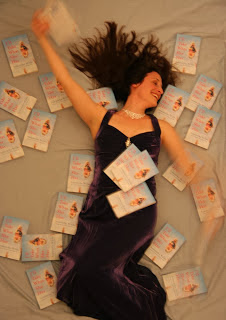 Right before my second novel, I'll Take What She Has, hit the shelves in late February, I asked my husband to photograph me swimming in the box-load of copies I had received from my publisher. I wrote a book that was scheduled for 2010, went through five changes of editor, almost didn't release, and finally came to me in 2013. I wanted nothing more than to roll in the copies like a dog in dung. (And I didn't smell when I was done!) Even before a single copy was bought, the ecstasy of achievement was all mine.

Now all writers have challenges and the road to publication can sometimes resemble the terrors of college hazing--at least in their emotional cost. This was also my second novel, so I had some sense of what to expect. In the beginning, I worked diligently with my editor revising the first draft of the novel. When I emailed off the newly edited copy, I found out my editor had left.

I liked, admired and appreciated this woman, but I took the change in stride. My new editor was wonderful and I revised the novel completely for her. I hit the send key with the edited manuscript and soon found out that she had left. 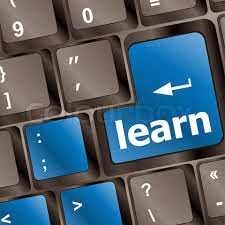 My agent assured me that this does happen. Besides, I had the good fortune to inherit for my third editor my first editor's assistant. I revised the book totally for her (after a long cry and some serious conversations with my agent), and then. You guessed it. She left. I didn't have to revise so immensely for my fourth editor, but she left, too. This put me in the rather insecure position of releasing a book with my fifth editor who hadn't worked on the novel at all.

Around editor three, when the book needed another overhaul based on a whole new set of criteria, I briefly considered my ability to fulfill my contract. Could I really revise again? Would the revisions prove endless? Would I ever satisfy an editor before she left? Would the book make publication? Would my years of work which I could no longer pay a babysitter to finish amount to anything? 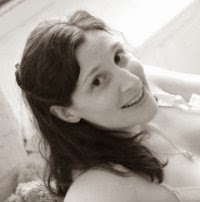 Samantha Wilde’s, I'll Take What She Has was an RT Top Pick. For Publishers Weekly. Watch the book trailer for I'll Take What She Has here. Buy I'll Take What SheHas here.Sam, the at-home mother of three small children and the author of This Little Mommy Stayed Home. Samantha Wilde wrote her first novel resting in bed with a lap top and a bag of chocolates while her infant son napped. Of course she didn't start writing until he slept through the night because before that, she couldn't think, let alone write.Born in Northampton, Mass and raised in Williamstown and Nantucket, Mass, Samantha attended Concord Academy, Smith College (with a brief stint at Wellesley College), Yale Divinity School, The New Seminary, and the Kripalu School of Yoga. Before full-time motherhood, she taught full-time yoga and worked as a minister.Read herblog, laugh at her outrageous videos and like her on FB or follow her on twitter @whatshehas.

Email ThisBlogThis!Share to TwitterShare to FacebookShare to Pinterest
Labels: Concord Academy, I'll Take What She Has, My agent, Samantha Wilde, Smith College, This Little Mommy Stayed Home, Wellesley College, Zen and The Art of Revising- Part One