In Search of Titles 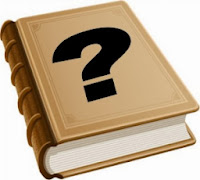 Choosing the right title for a book can be as agonizing for an author as how to start the first paragraph. With an infinite pool of possibilities, how can you narrow it down to the most fitting, most irresistible title?

As always, it helps to take a cue from the pros.  In reviewing book releases from 2013, titles can be sorted into four categories:


Excellent examples of each can be found in our own Southern Writers Bookstore, where you'll find every author who appears in the magazine.  Let's look at a few:


SITUATIONS
Identifying the central premise in the story.
Murder on the Orient Espresso by Sandra Balzo
Breach of Power by Chuck Barrett
Falling for the Lawman by Ruth Logan Herne
Taming the Sheriff by Cynthia Hickey
Being Santa Claus by Sal Lizard
Murder at Castle Rock by Anne Marie Stoddard
Quest for the Nail Prints by Don Furr
Last Chance for Justice by Kathy Macias
Looking for Me by Beth Hoffman
Death of a Dowager by Joanna Campbell Slan


STATEMENTS
A complete sentence alluding to the idea behind the book.
Mama Was the Queen of Christmas by Linda J. Gilden
Mama Was Trashed by Deborah Sharp
The River Is Home by Patrick D. Smith
Jumpstart Your Publishing Dreams by W. Terry Whalin
Murder Has Consequences by Giacomo Giammatteo
Nothing Gold Can Stay by Ron Rash
Sometimes a Light Surprises by Jamie Langston Turner
March with Me by Rosalie T. Turner
Give the Lady a Ride by Linda Yezak

So which seems to be the most common choice?  Scanning the latest releases of the 511 different authors who've appeared in Southern Writers magazine, the percentage of those title categories breaks down into the following pie chart:

At 44%, nearly half of the titles are descriptive nouns, identifying the subject of the book up front.  That's not to suggest that one choice is better than another, but it may be a trend to consider if your current work-in-progress has a unique character, setting, or issue you can capitalize on when naming your noble novel.

Fortunate is the author who finds just the right title and never has to look back.  But you can make Christmas shopping something you won't have to second-guess by visiting the aforementioned Southern Writers Bookstore, powered by Amazon. Not only will you find the right titles for everyone on your list, you'll discover a few you can't live without either.  Happy holidays!