Writing a YA Coming of Age Novel

Until 2012, I was an active participant in NaNoWriMo, the National Novel Writing Month contest.

The only prize I received after seven years was a certificate for each year, having completed at least a 50,000-word novel in 30 days. Those days were filled with writing at a pace I ignored the rest of the year. Each novel had the same theme – a young adult faced with what seemed like an insurmountable problem and overcoming it.

That's what is called a coming of age novel, although I never thought of these stories in that way. To be honest, they were always nothing more than a story that appeared in my head, with characters that never let up until I put fingers to keyboard and let loose.

Coming of age books cover a large area of interest. They can be books about coming to grips with the reality of war, violence, death, racism, or hatred. Others will deal with family, friends, or community issues. The characters in my books dominate. They are in charge, and their family issues mirror those of most teens in this day and age. 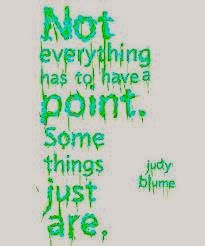 Perhaps the most well-known modern coming of age author is Judy Blume. Her books burst into the burgeoning young adult field long after I was that age, but I read each one and sympathized with her characters, cheered for them, and cried with them. Not one of her novels is my favorite; they all are in the same position. So you can imagine how flattered I was when one reviewer compared my work to hers.

KC Sprayberry started writing young, with a diary followed by an interest in English. Her first experience with publication came when she placed third in a Freedoms Foundation at Valley Forge contest while in the Air Force, but her dedication to writing came after she had her youngest child, now a teen getting ready to enter his senior year of high school. Her family lives in Northwest Georgia where she spends her days creating stories about life in the south, and far beyond. More than a dozen of her short stories have appeared in several magazines. Five anthologies feature other short stories, and her young adult novel Softly Say Goodbye, released in 2012. During 2013, more young adult stories have been released: The Ghost Catcher, Who Am I?, Family Curse … Times Two, and Canoples Investigations Tackles Space Pirates. Twitter Facebook Goodreads Website Blog