Making an Emotional Connection with Readers 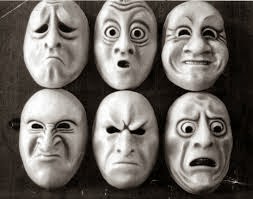 Making an emotional connection with readers is critically important whatever type of fiction you are writing. If you don’t, readers can easily stop reading. That’s the last thing we want. Without emotion, what we write can become dull. If we add emotion reader engagement pulls the reader forward.

We are all familiar with emotions. They are, typically, what makes us have a great day or a bad one. But how can a writer use emotion to connect with readers?

One of the most basic emotions is desire. If your characters are motivated, if they have desire, if only for a glass of water, then readers will feel more connected to that character. And the more they want something, the more interesting your story becomes, as the reader is left wondering what the character will do to achieve their goal.

Desire is the basic emotion, which keeps us involved in a story. If your main character wants something bad enough, you are, according to the logic of story, obliged to put obstacles in their way too. Why? Because obstacles create conflict and difficulties. And conflict will inspire an emotional response in your reader and keep them turning the pages.

In The Istanbul Puzzle, my mystery novel released by Harper Collins worldwide in 2012, my main character, Sean Ryan, wants to find out what happened to a good friend, who has been murdered. He feels responsible. This mixes both desire and danger into the story early on.

Some other ways to build an emotion connection with the reader are:
* Creating embarrassment for a character. By making the reader feel that embarrassment you will build a connection with them.
* Having a character abused in some way. Natural sympathy will be evoked if you do something terrible to a character we have come to know. I use this technique quite a lot in The Istanbul Puzzle.
* Placing opposing characters in the same situation. There’s a natural tension when opposing characters meet. Your readers will feel it if the opposing characters views have been shown to them. The climax of The Istanbul Puzzle features two deeply opposed characters.
* Fear creates tension in the reader too. If we know the murderer is coming up the stairs, and the woman is having a shower, we fear the outcome. In The Istanbul Puzzle, Sean and his friend Isabel get trapped in water filled underground tunnels filled with giant eels!
* Anticipation. If you foreshadow, occasionally, without explaining exactly what is going to happen, readers will anticipate something happening. I use an occasional piece of foreshadowing to heighten tension.
* Surprise readers. Readers will enjoy your writing if something surprising happens. They won’t have any idea what is going to happen next. I try to make my stories as surprising as possible with something unexpected happening regularly.
* Excitement is a powerful writing tool. You can move the plot fast, anticipate, and spell out what might happen, and then keep the reader waiting. All the above methods combined will produce excitement in your reader. 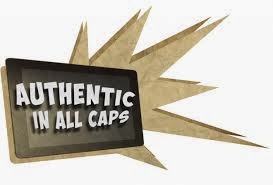 One of the hardest parts for a writer is in creating authentic emotional scenes.

The ability to understand how it feels to be in an emotional situation and to express that feeling in a genuine and new way, without resorting to cliché or to simply naming how characters feels, is vital to creating truly engaging emotional writing.

People look for writing that truly explains how it feels to be in each situation. And they can tell if you haven’t represented the reality in a way that’s believable. 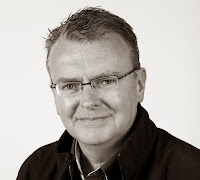 Laurence O’Bryan is a top selling Irish crime author in many categories and has ranked #1 in Amazon charts twice, in two categories. His book,The Istanbul Puzzle is a series of mystery-thrillers. He visited Istanbul 6 times to research it. The second in the series, The Jerusalem Puzzle, is available. It continues the story from The Istanbul Puzzle and features the same characters. The third in the series, The Manhattan Puzzle, arrived October 10, 2013. His roots go back to a small estate deep in the Mountains of Mourne, near the Silent Valley, in County Down, Northern Ireland. He attended school in Dublin, drank way too much, studied English and history, then business, then IT at Oxford University. While a student, I worked as a kitchen porter in a club near the Bank of England.He has also published a guide to social media called, Social Media is Dynamite. In 2007 he won the Outstanding Novel Submitted award at the Southern California writer's conference.
Find out more at http://www.lpobryan.com

Email ThisBlogThis!Share to TwitterShare to FacebookShare to Pinterest
Labels: Laurence O’Bryan, Making an Emotional Connection with Readers, Social Media is Dynamite, The Istanbul Puzzle, The Jerusalem Puzzle, The Manhattan Puzzle