How to Find the Ideas That Are Right for You! 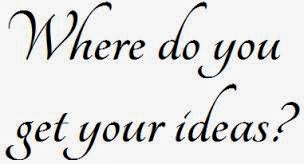 Writers are often asked, “Where do you get your ideas?”

To the "asker", it seems an obvious question, one that the writer should be able to answer quickly and easily.

And yet often, to the writer being asked (at least, to this writer), it’s a difficult question to answer with any kind of depth or true helpfulness.

That’s because the short answer is… “Everywhere!”

And that answer seems, on its surface, rather snotty.

And that challenge leads to looking anywhere, and everywhere, for ideas. This is where the ‘what if?’ question comes in handy. What if… that man on the bus, who looks like he’s bursting to tell someone a secret, suddenly stood up and yelled that secret to everyone on the bus? What if that caused a wreck? What if, unbeknownst to him, someone who isn’t supposed to know the secret is actually on the bus?

What if the events in this newspaper or website article happened here in my hometown, or to me, or to a loved one? Could that be the basis of a story, a poem, a novel, a play?

Keep asking that ‘what if’ question. Get in the habit of asking it until it’s second nature. Sooner or later, you’ll start asking it all the time… and you’ll feel like ideas are, in fact, suddenly everywhere.

Of course, solving one problem (where does one get ideas?) can lead to another (how do I know which idea is the right one for me?)

After nearly 30 years of writing professionally, getting ideas is no longer a challenge for me. They’re everywhere! The challenge is now knowing when it’s worth my time and energy to pursue one. The answer, for me, is that an idea has to, metaphorically speaking, grab me by the throat, shake me around, and demand that I DO something about it! When an idea just won’t let me go… when I find characters from the idea narrating their stories in my head, haunting my thoughts, interrupting my sleep… that’s when I know I must follow that idea, develop it, and see where it wants me to go and what it wants me to learn. 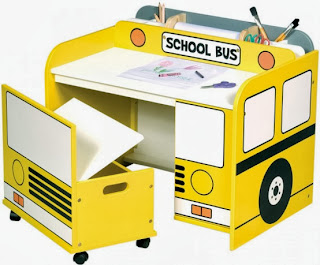 I become rather like my imaginary man on the bus; I just feel I must get this idea fleshed out on paper, and developed into a story, or I will burst! 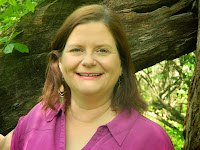 Sharon Short is the author of the novel My One Square Inch of Alaska My One Square Inch of Alaska (Penguin Plume, 2013) in which a pair of siblings escape the strictures of the 1950s industrial Ohio town on the adventure of a lifetime. Opening chapters of this novel earned Sharon a 2012 Ohio Arts Council individual artist's grant and a 2011 Montgomery County (Ohio) Arts & Cultural District Literary Artist Fellowship. Sharon is the Literary Life columnist for the Dayton Daily News, directs the renowned Antioch Writers' Workshop in Yellow Springs, Ohio, and is an adjunct instructor of creative writing and composition at Antioch University Midwest.Additionally, Sharon's book Sanity Check: A Collection of Columns includes 100 reader-favorites of her weekly humor and lifestyle column that ran in the Dayton Daily News from 2002-2012. Sharon has also published two mystery series (Josie Toadfern and Patricia Delaney) as well as short stories and essays.  Sharon holds a B.A. in English from Wright State University and an M.A. in English from Bowling Green State University. She lives in Ohio with her husband and is the mother of two adult daughters. Website and Blog: www.sharonshort.com.   Facebook:www.facebook.com/SharonShortAuthor.  Twitter: @SharonGShort

Email ThisBlogThis!Share to TwitterShare to FacebookShare to Pinterest
Labels: developed into a story, How to Find the Ideas That Are Right for You!, My One Square Inch of Alaska, Sanity Check: A Collection of Columns, Sharon Short, Where Do You Get Your Ideas?