…And So I Asked a Thief 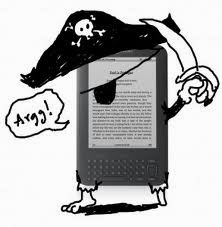 You won't hear too many people who pirate books call themselves thieves, but they are. It's a horrible feeling to work your butt off on a book just to have it stolen, distributed for money you'll never see, or resold under a different name with a new cover. The list is endless what they can do with your work. I often wondered why someone would steel a book priced at .99 cents. It's true that not everyone has an extra buck to spend on reading material, but I can't imagine that the device they used to pirate on was cheap or free.

After a lengthy conversation with a young guy I met while shopping in Barnes & Noble, I realized that he was actually shopping for his next book to pirate. His list was long. Here's just some of what I learned: He pirates because he can and it's lucrative. He and his buddies make a few extra bucks stealing books, and most of his customers are other college students. Sales are pretty fast. When I mentioned the time, money, and brain power the author puts into their book, his comment didn't shock me. "It's no different than checking out a book at the library. I haven't purchased a book in three years," he laughed. This is a common response, but I never heard the following before: "I am friends with lots of authors on Facebook. They let me know when their new release is coming out. I grab it quickly and get it out to my customers. That's when I make the most money."

Most book thieves don't disclose what they do in the title of their site which allows them to sell pirated books in the open. Before you know it, you've 'liked' an illegal site on Facebook, or joined an illegal website. Once people see your name associated with the site, they'll join too. Always look carefully at the page before you join anything or accept a friendship.

Buying or obtaining illegal copies of books makes you a thief. Also, if you're dumb enough to give these criminals your information to buy their stolen books, then you deserve to have your bank account hacked into and your identity stolen. Those are just a couple of things that can happen when you do business with criminals. 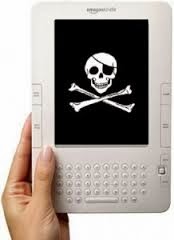 Should you do nothing? It's an uphill battle and book pirates, for now, are a little ahead of us. But both readers and authors should always take the time to report a pirating site whether your book is there or it isn't. If you find a book at a major retailer that doesn't quite look right, report it. Digital Rights Management (old version and new) might slow thieves down until they strip it, but it isn't going to stop them. Until pirates stop making money, they'll continue to steal.

Terri Marie is the Author of the popular A Billionaire in Disguise series."I love to write stories in different genres that paint you a picture, take you places you wouldn't ordinarily be able to go, and make you carry the characters in your heart and mind for years to come, just as I experienced when I created them. If a smile shines upon your face and you wanted to sit down again and turn another page, then I am happy. If you recommend it to someone...I'm ecstatic! If I'm not writing a book I'm busy being a mom, which is indeed my favorite part of life. More books are to come! I reside in Michigan with my family." Where you can find me: http://www.authorterrimarie.com/  @ AuthrTerriMarie on twitter
https://www.facebook.com/terri.marie.50   https://www.facebook.com/authorterrimarie