Writing to Heal and Save Lives 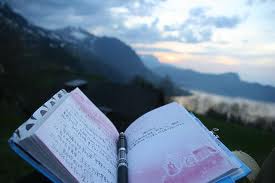 I aspired to be a writer since grade school, and by the time, I was in high school I was determined to be a journalist. Working on the high school newspaper made me even more determined.

As it turned out, I attended the University of Wisconsin School of Journalism and took all the courses necessary for the degree. However, I transferred to the University of California at Los Angeles for my senior year because of a family illness and ended up with a degree in English. I also ended up living in Los Angeles at a time of few opportunities for women in journalism. Even so, almost immediately I was hired to write for a fashion trade magazine in downtown Los Angeles. Unfortunately, I had to quit after three weeks because of a sexually-harassing boss. That was 1962 when there were no laws against such behavior.

I then turned to the aerospace industry. I called the old Douglas Aircraft Company – precursor of Boeing – and asked if they ever hired people with degrees in English. The answer was yes, come on over, and I was hired that afternoon. Thus began a 28-year career as a technical writer and editor, proposal manager, and later, as a web content writer. Instead of the creative writing and journalism career I had aspired to as a young girl, I took creative detours. I painted, sewed, and did needlepoint and quilting. That is until the early 1990s when I started journaling and taking creative writing classes at UCLA Extension.

Little did I know at the time that I would write not only to fulfill my life-long desire but also to heal from the worst tragedy of my life. In 1993, my older son was diagnosed with bipolar disorder, causing him to commit suicide in 1999. As a result, I needed to write. I couldn’t get through the day without writing. Writing helped me put my pain down on the page. It gave me a way to express what I couldn’t say out loud to anyone. 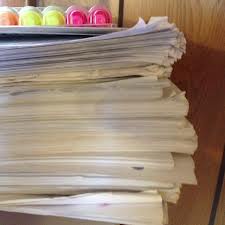 After years of journaling and taking classes, after writing reams of dark poetry and stories about mental illness and suicide, my teachers and classmates convinced me to get my story out, to bring my work out into the light so others with similar tragedies could benefit from it. People need to read your words, they said. But, it took me almost ten years to create a memoir from my mess of journal entries, class assignments, and poems.

Since Leaving the Hall Light On was first published in May 2011 and re-released in paperback and eBook (Dream of Things, 2012), I’ve continued working toward bringing light to the subjects of mental illness and suicide through social networking, volunteering, and writing for several websites. I never dreamed that my son’s death would lead to a new mission in life – to erase the stigma of mental illness and suicide in hopes of saving lives. 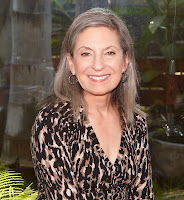 Madeline Shaples's memoir, Leaving the Hall Light On, is the harrowing but ultimately uplifting tale of the course of years from her son Paul's diagnosis with bipolar disorder, through his suicide at her home to the present day.  Madeline is currently working on a novel, set in the 1920s. She and Bob, her husband of 40 years, live in Manhattan Beach, California, a small beach community south of Los Angeles. Her book trailer: http://www.youtube.com/watch?v=5TMOVHAmSlc
Become a fan of Madeline Sharples (for book news and writing tidbits) at
http://www.facebook.com/pages/Madeline-Sharples/145268628820134?ref=mfVisit my blogs at: http://madeline40.blogspot.com/
and http://www.redroom.com/member/madeline40Her website: http://www.MadelineSharples.com  and on Twitter @madeline40