How To Write A Novel 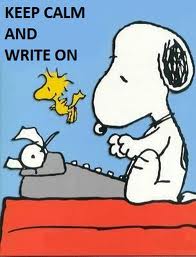 Southern Writers Magazine - Second Draft
It’s important to get the story down on paper, and then you can polish it.

Southern Writers Magazine - Third Draft
I always tell beginners that a first draft is about putting their story down on paper. Ignore the typos, the grammar mishaps, and the chapter that makes no sense and the stilted dialogue. All of this will be addressed later.

The story is brought to life in the second and third drafts, sometimes the fifth draft.  This is where you look over everything you’ve written and determine if you could write it better. This is where you tweak scenes so they work better or delete them if they’re not needed. It’s hard to determine this when writing a first draft but most beginner authors do just that. Stop it. It’s probably why you’re struggling to write that first novel.

Southern Writers Magazine - Fourth Draft
The goal of a first draft is to create content, not an edited, polished piece of literature. It’s about putting your story down on paper, nothing more. Do not edit as you write. Do not fix typos or grammar mishaps. Ignore all of it and keep writing until the entire story has poured itself out of your head.

This is the most important step a beginner struggling to write their first book can take. Why? Because they believe perfection starts at that point and therefore can’t get past chapter one. It doesn’t. It’s much easier to take something that has already been written and improve upon it. It’s very hard to invent and edit at the same time, yet so many beginners try. They have not realized what seasoned writers have come to know. The first draft always sucks.

Rewriting is where story magic happens. It’s where dialogue comes to life and where an opening line in a paragraph sets the tone. Only at this stage will you notice a perfectly good sentence that you can rewrite so it shines. It’s only in the second and third draft you will be able to tighten or lengthen as needed or realize chapter three should be your opening chapter.

Ty Hutchinson is from .He is the author of the best selling Darby Stansfield novels; Chop Suey, Loco Moco, and Stroganov. Corktown is, the first novel in his new series featuring FBI Agent, Abby Kane. The second in the Abby Kane series is Tenderloin. He spent twenty-two years in advertising writing stuff that irritates you. He stopped that. For the next six months, he’ll be living in  and writing the third novel in the Abby Kane series. Website: http://tyhutchinson.com/  Twitter: @latersbra
Facebook Page: www.facebook.com/tyhutchinson.author
Sign up for my newsletter: http://eepurl.com/rmmd1