Moving Out of Your Comfort Zone 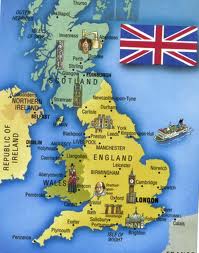 I've been out of my own country for long enough that it seems like a foreign land by now. When I go back to visit family, everything has changed. For example, when I left the , cellphones, mobile phones, or whatever you want to call them, were almost completely unknown. The word "text" was a noun, not a verb. There is no way that I can write an authentic piece set in contemporary British society.

So, if I am to write fiction, where do I set it? The obvious answer is "", but in some ways this poses the opposite problem. I have written and published two books set in , but because I am so familiar with the country, it is possible that I will take for granted some aspects of the culture and the society with which my readers are unfamiliar. There is also the point that has a limited appeal, except to a certain readership. Fiction set in tends to be either "martial arts thrillers" or "sensitive stories about multicultural relationships", in my
experience (perhaps a little of an exaggeration, but not too much).

So where do I go if I want to write fiction, given that I can't write about the society from which I came, and there's really no market for the society in which I currently live? I can either move into the future (science fiction) or I can move into the past. I've chosen to do the latter, as history is somewhat of a hobby of mine, and I enjoy exploring the past. Currently I am exploring a very particular past–a fictional past. What I have chosen is to look at the of the late 19th
century, ­ specifically the parts of , which center around 221B Street,­ the home of Sherlock Holmes.

I'm expanding the original "canon" of stories about the famous detective. By the time this appears, I will have four volumes of short stories and novellas in the series, with a total of 14 pieces, in addition to a full-length novel. The first 11 of the shorter pieces have been bound
together into a compendium, which we (Inknbeans, my publisher, based in ) decided to bind as a hardback presentation volume.

It is as easy for me to research the late 19th century from as it would be if I actually lived in , where the action of the stories takes place. Arthur Conan Doyle, after all, was remarkably lax in his fact-finding. I am writing for a generation of Sherlockians who are much more critical of factual mistakes than were the original readers of the adventures. I can quite happily spend a large part of the morning discovering the train route between Euston station and Whitechapel in
1897. If I get it wrong, the odds are that someone will correct me. In many ways, this fact-finding is the most difficult part of writing Sherlock Holmes stories. 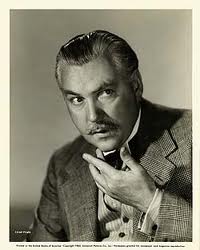 I've been reading these stories since I was a teenager (or possibly even before) and the character of Sherlock Holmes, and that of Watson, are familiar to me to the extent where I can slip into Watson's skin, watching Sherlock Holmes perform his miracles, and report them in what critics have described as the authentic voice of the canonical stories. For some reason, maybe because I am out of touch with contemporary English, I find it very easy to write in a 19th-century style. Of course, the original stories were also written in a deliberately archaic style, if you compare
them with contemporary thrillers and detective stories.

So it seems that cutting myself off from today's society in Britain has done me little harm, as it has forced me to concentrate on a genre which I would otherwise never have touched, and which has proved surprisingly successful. 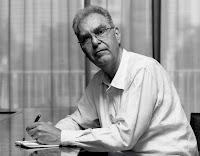