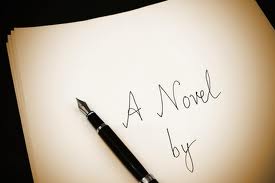 I was closing in on sixty-three when I underwent my first surgery. Until then, my personal hospital trips had been limited to the emergency room. Negotiating metal detectors would be changed forever. Titanium, it turns out, sets them off. Within eighteen months I was back under the knife, this time to repair a torn Achilles. Being retired, I did my best to cope, to heal, and to adjust to my new normal. Sitting on my right cheek, left leg elevated, I piddled around at the computer. An email chirped in. One of my younger brothers had sent a draft of his first novel, asking for my opinion. I ignored the old admonitions: Never ask a relative to evaluate something you’ve written, and its corollary, if asked, never do it. The good news is we’re still speaking to each other. But the point of this story is that I began thinking: If my brother could write a book…

Not unlike many people with a history of learning disabilities, I carry my share of emotional baggage related to my academic experiences—English courses, and red ink in particular. To this day, I read slowly. I don’t spell. I don’t understand commas. I don’t comprehend the finer points of grammar, nor why they even exist. I don’t fit the profile of an author. How could I ever think about writing a book?

I considered the positive side of the ledger. After all, I did make it through graduate school. And I’ve been told I’m a good teacher and an effective supervisor—activities I enjoyed. Maybe writing a book would be a way to continue to educate. Okay, thumbtack that thought. I’m partial to murder mysteries, but I needed an issue that turned me on. Something I could relate to. Something that could be a motive for murder. I didn’t have to look far. The economy was collapsing all around us. Yes. That would do nicely. 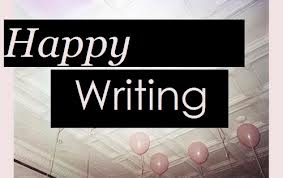 There was one more consideration. A friend facilitates memoir-writing for senior citizens. She tells me her top priority is to create an environment within which the seniors feel psychologically safe. Safe to remember. Safe to write. Safe to share. Safe to rewrite. What would make it emotionally safe for me to begin to write? I decided I would approach this challenge as if no one would ever see my book. No one could criticize it. No one could make those decades-old negative tapes play in my head. This would give me the safety net I needed as I placed my foot on this literary high wire. And it was within this context that I began my first book. There were ups and downs, but overall I really had fun creating, writing. Four years later, I have yet another artificial joint, but I also have a three-book “Murder in ” series in print.

James “Jim” Paavola has been a psychologist for over forty years. His areas of focus have been children, adolescents, families and the educational system. Prior to his retirement from the Memphis City Schools, Jim worked closely with law enforcement on developing procedures involving the investigation of child sexual abuse, youth substance abuse, youth violence, and youth gangs, as well as handling calls involving mentally ill citizens. He taught graduate courses in psychology and social work, as well as undergraduate courses in psychology and education. Jim began writing novels at age sixty-four, when he began his Murder In Memphis series. As of this writing there are three books in the series: The Chartreuse Envelope, They Gotta Sleep Sometime, and Which OneDies Today? This latest book was released in November 2012. His website is http://www.jamespaavola.com/

Email ThisBlogThis!Share to TwitterShare to FacebookShare to Pinterest
Labels: James C. Paavola, PhD, The Chartreuse Envelope, They Gotta Sleep Sometime, Which One Dies Today?, Who Me? Write a Book? At My Age?