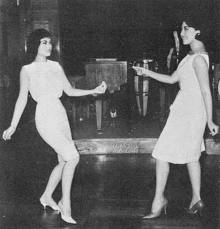 Don’t you just love it when you’re thirty pages into a book and can already predict the ending? I don’t. While predictable endings may work for a happily ever after romance, to me a captivating suspense novel should do just that—“suspend” us until the very end! I don’t want to know the end until I get there.

A twist ending is what I’m talking about here—where the story takes an unexpected turn, throwing even the keenest of readers off track. There are several “types” of twists a story can take, but the two main ones are a twist of events and a trustworthy character gone bad (or a redeemed villain for those who love a good tearjerker).

So how does a writer execute such unpredictability while maintaining logic and realism in a story? In my thriller The Halo Effect, I default to the character twist by using human nature to my advantage, although subsequent plot twists snowball from this.

Human nature is full of unpredictability. We all have secrets and dark sides. Don’t believe me? Death Row is full of examples. At a recent trip to the doctor’s office, I met the sweetest church-going elderly lady who had been convicted of killing her husband. How’s that for a character twist? As they say, truth is stranger than fiction.

The first step in creating a twist ending is deciding who the villain will be, and who your “red herring” is, the distraction from the true villain. Once you’ve decided on that, you’ll need to build a believable yet subtle motivation for each character to be the villain. Throw in hints—“hints” could be something like a glimpse into each character’s troubled past—about the character’s flawed state without being obvious. Meanwhile, you can maximize your red herring’s potential evil motivations to further lead readers astray, such as revealing their greed, jealousy, revenge… But avoid “telling” your readers too much. Let them see the character motivations through their actions and heartbreak. Add in a little sympathy. The more emotionally connected the reader is to each character, the more you’ll throw them off your scent. This emotional connection is the key. 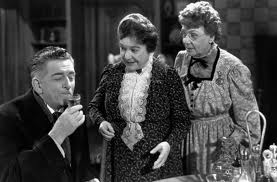 Pamela Crane is a North Carolinian writer of the psychological thriller The Halo Effect and wannabe psychologist, though most people just think she needs to see one. She’s a member of the ACFW and EFA, and has been involved in the ECPA, Christy Awards, and Romance Writers of America. Along with delving into people’s minds—or being the subject of their research—she enjoys being a mom and riding her proud Arabian horse, when he lets her. She has a passion for adventure, and her hopes are to keep earning enough from her writing to travel the world in search of some good story material.Visit her at http://www.pamelacrane.com or follow her on Facebook at http://www.facebook.com/pamela.crane.52