Southern as a Nationality 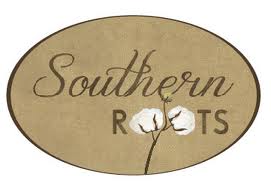 Every author has their own method of creating. For me, it has been a learned process. I've always known I wanted to write, but it wasn't until my children got older that I began to write in earnest. I discovered early on in this process that putting down the stories in my head on paper was a tad more difficult than I first imagined.

One of the most important bits of advice I could give anyone inspiring to be a writer is to be true to yourself. Write what you know and what you feel. Draw from your experiences in your own life. Every word I write is drawn from my Southern roots.

I say this because I now live in New England. Never in my wildest imagination did I think I would live anywhere but in the heart of Dixie. Heaven Forbid! Yet, here I am almost twenty-eight years later. But never let it be said that I'm anything but Southern.

When I first moved up North, one question I got time and time again was what nationality was I? Flabbergasted at first as to what to say. Everyone seemed to know exactly where their ancestors originated.
At first it was difficult to answer. What exactly could I tell these people?

"Well…on my daddy's side, I have Irish, Scottish, English, French...I think. My momma…well…her side has English, German, Native American...no wait, I think there's some..."

Wouldn't it just be easier to say Southern? I think so. We do consider ourselves a nation, don't we? We use to. When I left, I think some of my relatives still thought the Civil War was ongoing.

When my son was six, he visited my parents' home for a week by himself. He was totally spoiled. He had a grand time with all his cousins, aunts, uncles and Mamaw. But when his father and I returned for him, I was surprised because I could tell me something was bothering him. Taking time out, I got him alone and asked what was wrong.

He started listing off a million activities—swimming, four wheeling, riding horses, fishing, staying up late watching movies, and playing with his cousins.

"Then what is bothering you?" I asked.

He leaned over and whispered, "They keep calling me a little Yankee." 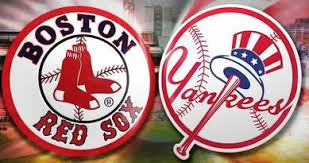 A look of disgust covered his little face. "Mom, I keep telling them I'm not a Yankee! I'm a Red Sox!"
Perspective, I suppose, but an important distinction nonetheless. 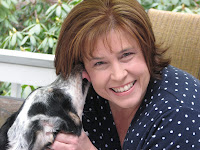 Email ThisBlogThis!Share to TwitterShare to FacebookShare to Pinterest
Labels: Jerri Hines, Patriot Secrets and Ruse of Love. The Judas Kiss, Rod Sox, Southern as a Nationality, The Promise and Another Night Falls, Yankees