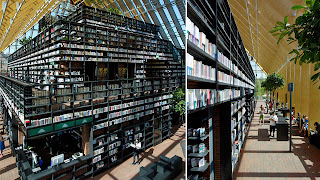 Writers climb hard to the next best story, the next publication, the next review and recognition. We aren’t as much pompous (most of us, anyway) or ego-possessed about the writing business as we are obsessed with writing more creatively, more beautifully. Our profession is more about a gut tingling, adrenaline pulsing exhilaration about getting the words in perfect order than about who else thinks so. But if others appreciate us for doing so, then that’s okay, too.

The serious writer hunts for a better line, every time, until the day she dies.

I have a large, wonderful cadre of friends on Facebook. They are loyal, complimentary and compassionate, and I meet as many as I can at book tours and speaking engagements. They are people I wish lived in my hometown, called me up for lunch, or sent me a card on my birthday. They had wonderful comments about my latest accomplishment.

I wrote a chapter in the 2013 Writer’s Market, published by Writer’s Digest Books. My copy just arrived in the mail. Before I cracked the spine to check my byline, I almost dropped the book. Right on the cover, beside the names Carol Tice and Jane Friedman, was C. Hope Clark, novelist and grants expert. On the friggin’ cover! I literally screamed “Yes!”

Of course I told the Facebook group. They sent congrats and accolades.  One in particular said, “You deserve it...stop being so modest.” And that gave me pause.

Was I becoming arrogant, begging for compliments?

Where was that fine line between sharing success and bragging so I could make sure which side I was on? This accomplishment was not something I assumed would happen. I held my breath when I submitted that pitch. My work is rejected often, and I flounder like others, seeking the right path for the next story . . . a path that hopefully intersects with some editor who gets what I’m saying.

I don’t want to become arrogant . . . much less a diva. I actually fear bestseller status, not that I’d turn it down. Then another FB follower told me I’d arrived because I rubbed elbows with others who’d arrived. That made me sad.

Arriving means you put the car in park; I want to keep going.

Serious writers never think they've arrived. We’re too busy pouring attention into the next story than marking advances. We hold our heads down, pounding out the next paragraph, praying it’s better than the last. I wonder what fluke happened when I land a gig or win recognition. After speaking to others, I’ve heard many say they tripped into success. Sure, you can coax a bestselling author to admit he has a writing routine and diligently studies his craft, but the success? It’s luck and chance, he says. For some reason we don’t readily embrace the you’ve-arrived status.  It’s scary.

New writers don’t realize the many layers of arrival. There’s the level of the first sale. The first contest win and the first five-star review. There’s the first magazine article and the first blog award. Book two is a different situation than book three, which doesn’t compare to book ten. 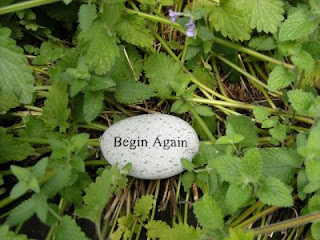 I'm still a debut author even though I’ve written for FundsforWriters, online, and in magazines for fourteen years. I may have published in Writer’s Market, but in a room full of mystery authors I'm nobody, a newbie just cutting her teeth. With my publisher, I’m a baby, hoping to grow up and be like the other authors who have eight books under their belts, the authors who get instance response when they email the editor instead of having to wait until they can fit the newbie into their schedule.

We need these layers. They keep us humble.

Quit swimming and you sink. Quit eating and you die. You can’t quit . . . period. And modesty has nothing to do with it. 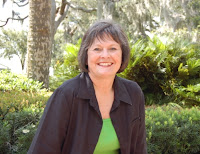 C. Hope Clark is author of the Carolina Slade Mystery Series, by Bell Bridge Books. The first in the series, Lowcountry Bribe, recently won The Silver Falchion Award presented by Killer Nashville Conference for a new mystery release. Hope is also editor of FundsforWriters.com , chosen by Writer’s Digest for 101 Best Websites for Writers for the past twelve years. www.chopeclark.com / www.fundsforwriters.com