I am not a Southerner. If you met me in person, you’d never mistake my  accent (really, I don’t think I have an accent, but out-of-state friends say I do) as a beautifully cadenced Southern counterpart. I was surprised to find out that my father’s family is deeply imbedded in South. I was married and had three of my four kids before I ever discovered my roots were deeply imbedded down south. That’s when I found my father. I remember that first trip to  to meet him. It was the prodigal daughter’s homecoming. Or maybe he was the prodigal father. Either way, I wasn’t sure who I’d find. I was nervous, excited and yes, a bit angry.  My lifelong questions were about to be answered.  It was scary more than anything else.  Luckily, I found was a wonderful man. We’ve gotten close since that first meeting and I’ve found some basic truths about my past through him. 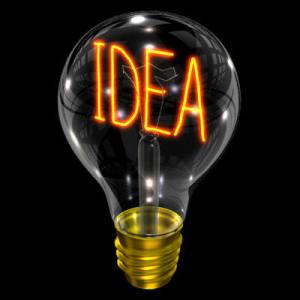 What does this have to do with my writing? Well, like so many of big moments in my life, that journey of discovery, of trying to find out who he was and what that meant to who I am, has come into play in an upcoming book (part of 2013’s Valley Ridge Wedding trilogy from Harlequin SuperRomance). The book is fiction. The character’s story doesn’t even remotely echo mine, but her emotions do. I understood what she was feeling as she tried to find out where she came from because I’d felt those same things to some degree.I don’t know how a writer can separate their experiences from their writing. I have four kids who stir the chaos pot on a regular basis.  So, I wrote a romantic comedy with four kids (Ready, Willing and…Abel?), then to explore the idea of having another child, I wrote a sequel (Raising Cain) with five kids. (I stuck with four.) On a more serious note, we lost my mother-in-law to breast cancer. She was my best friend. She’s still missed more than I can say.  I explored that pain and loss in The House on . Again, the story is fiction, but at its heart there’s my basic truth.

I don’t know if this is how it works for every writer, but for me, my life is fodder for my fiction. Yes, the book is fiction, but the basic truths in that fiction are based in my reality. Whether the story deals with kids running amuck, the pain of a profound loss, or asking questions about origins, there’s a truth in my fictional character’s emotions.

Holly Jacobs doesn’t limit her truth in fiction to simply her family and emotions.  Her December romantic comedy, Everything But a Dog, features her own dogs.  She changed their names in the book, because her dogs didn’t want the…wait for it…wait for it…PUParazzi to hound them.  (From Holly: Yeah, I know, even the dogs groaned over that one while my kids did exasperated eye-rolls.  But the cover art is based on a real picture of Ethel Merman and Ella Fitzgerald.)  More than two million of Holly’s books have sold worldwide and won many awards.  She gardens, loves cooking and in the last few years has been basket weaving.  Plus, since finding her father, she’s done quite a bit of genealogy.You can visit her at www.HollyJacobs.com

Email ThisBlogThis!Share to TwitterShare to FacebookShare to Pinterest
Labels: Everything But a Dog, Holly Jacobs, Southern Writers Magazine, writing ideas