Where Are They Headed? 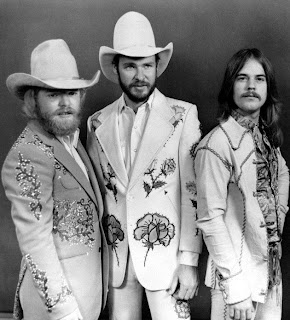 Now take a look at this second picture. Where do your thoughts take you? Could this be a family reunion or a group shot of some stragglers. Possibly this is a group shot of the student body officers in a sixty’s era college or simply a before picture of a group of barber college students. 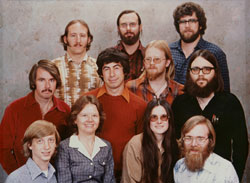 With your imagination you can take them, or anyone you may see in an old photo, anywhere you want. I have taken old family photos and dreamed of where my grandparents were and how they may have lived. I would then ask myself how they might be living today in our present culture. Take those in the photo and just imagine where they are headed and begin their journey. Write them into an amazing story.

When working on their journey there are no limits to where you can go. As an example these photos are actually earlier pictures of two very famous groups. The first is ZZ Top and the second are the founding employees of Microsoft. You may have recognized Bill Gates in the lower left hand corner. Did your imagination go that far? 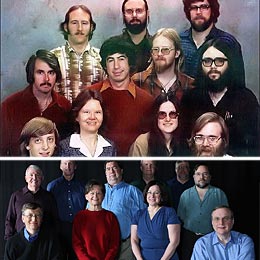 Take another look at the more recent photos and take them even further. Tell me, where are they headed now?