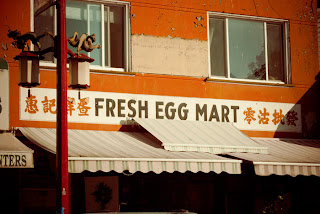 Since I’m a mystery writer, my friends frequently ask me to recommend “good” mysteries for them to read.  When I respond with, “What kind of mysteries do you like?” I sometimes get a blank stare.  I list some of the choices:  “Cozies, police procedurals, paranormal, amateur sleuth, historical, suspense, romantic suspense, hard-boiled PI, soft-boiled PI, legal, noir, or some combination of the above, like historical paranormal amateur sleuth?”  The blank look frequently turns to a deer-in-the-headlights expression and my friends start to edge away until I ask, “Do you like Evanovich or Grisham?  Christie or Scottoline?”

We’re Not Talking About Eggs
This fine-tuning of genre seems to be a recent thing with booksellers or marketers slicing and dicing a basic category like “mystery” or “romance” into such fine delineations that some “sub-genres” may only be two or three authors wide.  All of which got me thinking about a genre I particularly enjoy, soft-boiled PI novels.  What sets a soft-boiled novel apart from the other mystery sub-genres?   I identify four main criteria:
1.       The protagonist is usually a female private detective.* If she’s not a PI, she’s in another law enforcement- related field, but is not a cop (because then the book would probably be a police procedural).  Margaret Maron’s Deborah Knott is a judge, for instance.   *The only soft-boiled series I can think of with a male protagonist is Spencer Quinn’s series narrated by a dog-named Chet.  I’m sure there are more and, hopefully, you avid readers will let me know what they are.
2.       The tone of a soft-boiled book is relatively light and sometimes veers into slapstick as in Janet Evanovich’s Stephanie Plum series.
3.       The gore quotient is low, with little or no graphic sex or violence.  If you want pedophiles serial killers, or descriptions of erotic antics look for a hard-boiled or noir book.
4.       Unlike traditional/cozy mysteries that are frequently set in small towns/villages—think Cabot Cove or St. Mary Mead—soft-boiled PIs usually conduct their business in cities.  Lisa Lutz’s Spellman Files adventures, for instance, take place in San Francisco.  (Maybe because there’s not much need of a PI in a town of 300?)
Why Does It Matter?
Knowing what genre you like is important because it can help you locate books you’re likely to enjoy.  If you punch “soft-boiled PI mystery” into a search engine, instead of relying on the broader “mysteries” or “private investigator series” you’re more likely to find books tailored to your tastes.  As an author, it helps you know what key words to use frequently on your website and what tags to attach to your books on such sites as Amazon.
If you’ve got some favorite soft-boiled series I haven’t mentioned above, please leave a comment and let me know about it! I love discovering new series.
Leave a comment today for a chance to win an advance reader copy of Laura DiSilverio’s upcoming soft-boiled mystery, SWIFT RUN, the third in her Swift Investigations series.  Library Journal says “DiSilverio has a bit of Sue Grafton’s tone about her, with a dash of Janet Evanovich . . . Expect to laugh.”
____________________________________________________________________
About Laura/Ella from her website,
http://lauradisilverio.com/, "I wrote my first novel for a creative writing class at Trinity University. Professor Bob Flynn inspired me and heroically refrained from gagging when reading the contemporary romance I titled “Jeweled Torment.” That manuscript is buried in a box in the garage, along with the Regency romance I wrote shortly after joining the Air Force. I concentrated on becoming a good intelligence officer for many years before doing any more significant writing. I served with an F-16 wing in Korea, helped resolve reports of live-sightings of Vietnam prisoners of war while working out of the embassy in Bangkok, pushed paper at the Defense Intelligence Agency, earned my Master’s degree at the University of Pennsylvania, taught English for three years at the Air Force Academy, learned cool things about satellites (none of which I can ever write about) at the National Reconnaissance Office, attended various professional schools, did my time in the Pentagon, commanded a squadron in England, and ended up in Colorado. Along the way, I married my wonderful husband and produced two beautiful children who re-defined what is important in life. A moment of Holy Spirit-guided epiphany in Elliot’s Bay bookstore in Seattle convinced me it was time to embark on writing and mothering full time. I retired from the Air Force in late 2004."