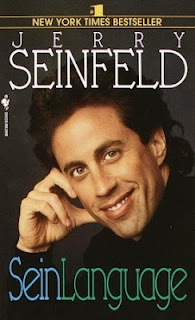 Comedian, producer and author Jerry Seinfeld knows a few things about communication, and he's shared some interesting insights over the years. One of his more thought-provoking quotes once appeared in a Parade interview:

Invading their space. What does that mean? To a standup comedian it can mean the difference between a standing ovation and getting heckled off the stage. A master performer knows one has to be bigger than life to take ownership of the room and keep all eyes on them. Singers and musicians are especially known for exaggeration and a flashy presence.

But when it's just you standing there talking to an audience—as in public speaking—mastery of volume is one critical skill to develop, as Jerry explains:

Communicating through writing is a lot like doing standup. It's just you, the lone voice, trying to reach a vast audience whose faces you can't even see in the dark. You can only rely on their feedback to tell you if you've hit the mark. Jerry's voice of experience provides us with some food for thought: 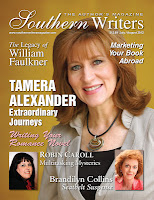 They say standup comedy is one of the hardest professions in entertainment. I say writers are no slouch either. That's why Southern Writers is so intent on encouraging authors and helping them promote themselves, through our magazine, through this blog, and through the many online venues available to subscribers, like our new Must Read TV and Take Five.

Over the last year we've featured 178 exceptional wordsmiths in Southern Writers Magazine. In the coming year that will grow to over 300, and I hope you'll be one of them.

Begin by getting your free online copy of our July anniversary issue, and then become a member of the Southern Writers family. There's a standing ovation with your name on it!