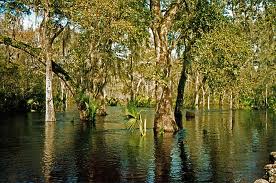 If you’re like me, there are times when life’s challenges need a time out. My crash and burn site is a comfy sofa an interior designer would laugh at. Never mind. I shutter my eyelids and exhale into a silence that soothes. If only for a few minutes, my grandmother’s swing creaks into an August evening on the family farm in South Louisiana. Cicadas sing for a mate in a shadowed bayou. As dusk deepens, my legs stretch on the wooden steps.

My grandfather’s light cough signals a story is coming. Like my siblings gathered around, I don’t know which story in a family that first came to Louisiana in 1679, I just know one of my ancestors will draw us into the familial whole and am comforted by the linkage.

Much of the person I am today evolved from evenings spent sitting on the stoop and listening to stories. Long before Kenny Rogers sang “you gotta know when to fold ‘em,” I learned my grandfather’s father, Tilly, a professional gambler, rode on horseback into the marshes and won most of Louisiana’s oil-rich southern parishes the first night of a three-day poker tournament. Tilly never made the second round. A competitor shot him dead while he slept. Even though I never bothered with poker, Tilly’s lone-rider persona influences my stronger characters.

My great-grandmother kept a pitcher of lemonade in her ice box. Yes, ice box is the correct term. She refused to get one of those “electric boxes,” continued to wear a prairie bonnet and long skirts despite changed fashions, and baked meringue pies in a wooden stove’s oven. I thought she was stern and kept my distance, until my parents decided I’d spend a weekend at her house. My great-grandfather, a man of few words, terrified me.

After a glass of lemonade on the porch, swings and chairs turned into the stoop. Though neither of my great-grandparents spoke fluent English – both spoke French in the home – the barriers of language and fear faded into an evening of adventure-filled stories. Great-grandfather had traveled the world as a merchant seaman. When I need a character with a façade that belies the spirit beneath a perceived sternness, my great-grandparents whisper in my ear.

Last year, when I wrote “Remy Broussard’s Christmas,” I knew Remy would sit where I had sat in a rural classroom with two grades to a room. When Remy looked out the window, he saw the pasture I saw. Even though Remy and his classmates were fictitious, I drew from the times. In 1952, rural kids lived in a world where dreams, laughter, and closely-knit families softened much beyond subsistence living many endured. I remember classmates, sharecropper kids, who wore their parents’ tattered clothing to school and ate lard sandwiches for lunch.

Kittie moved 19 times in 30 years with her Marine Corp husband but her heart has always longed for home and she plans to soon return to her Louisiana roots that go back as far as 1679, when her family first arrived there.

On her blog Kittie's Stories, she shares a slice of her life. Kittie will also be releasing Jacob's Birthday Party, a 1950s story of Louisiana during the tumultuous KKK years. She plans to self-publish this work in September.

Besides writing, Kittie is also passionate about traveling, languages, and comparative religion studies.  To get the dust bunnies out of her head, she fast-walks and gardens.