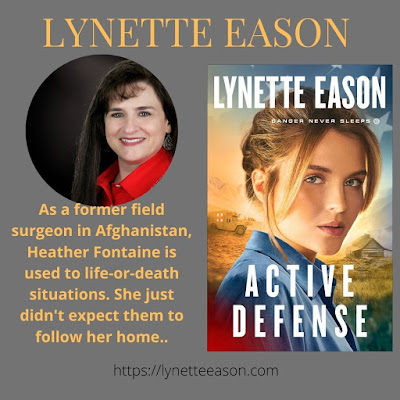 This series follows the lives of four friends who have left the military and are returning
to a civilian life. But life does not go as planned for these friends who carry their own secrets.

But first, we wanted to know how the pandemic had affected Eason if at all. "No, not really. At least not at the moment unless there's some subconscious thing I'm not aware of. I'm an introvert so spending a lot of time alone doesn't bother me in the least. I just feel really sorry for people who need the in person social interaction and haven't been able to have that. I think that the isolation is truly devastating for some. I'm fortunate not to be one of those. That's NOT to say I don't love people and enjoy socializing; I just don't thrive on it.

"However, it's funny you should ask that. I actually tested positive today. So...when I didn't have it, I wrote as usual. It really didn't affect me since that's my day job. We'll see how I feel over the course of the next few days to determine how it's going to affect my writing. I can't let it affect me too much since I have to meet deadlines."

Her new book, Active Defense is about Heather Fontaine, a former field surgeon in Afghanistan who is used to life-or-death situations. She just didn’t expect them to follow her home. When she finds someone has broken into her house while she was gone, she decides to hide out in a small town. But trouble is not far behind.

You may be surprised to learn . . ."I didn't really have anything in mind for the plot when I sold the series, but after some in-depth study on the characters I'd be writing about, and some serious brainstorming with some of my awesome writing buds, I was able to put the story together based on those suggestions.
"I’m very good at making stuff up. I decided I wanted to write about people who have
gotten out of the military and have to deal with acclimating to life as a civilian while bad buys try to kill them."

And she has made sure there is enough action for her readers. They will be looking over their shoulders as they dive into this story, Active Defense, about losing control and finding something better.

Lynette Eason is the bestselling author of Collateral Damage and Acceptable Risk, as well as Protecting Tanner Hollow and the Blue Justice, Women of Justice, Deadly Reunions, Hidden Identity, and Elite Guardians series. She is the winner of three ACFW Carol Awards, the Selah Award, and the Inspirational Reader’s Choice Award, among others. She is a graduate of the University of South Carolina and has a master’s degree in education from Converse College. Eason lives in South Carolina with her husband and two children.
Learn more at www.lynetteeason.com.