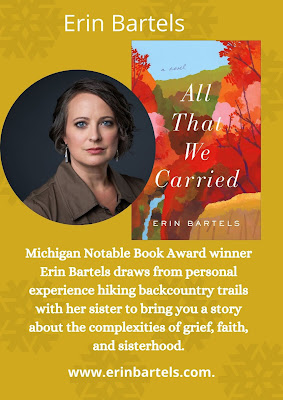 I have set my writing goals for 2021 the same way I set them for every other year: balancing ambition with reality. Only this year I have a better sense of what reality will be! Now that we’re over the shock and fear and confusion phase of the pandemic and into the part where we can see light at the end of the tunnel, I am moving into this new year with hope and expectation. I want to front-load the year with drafting and revising while events are still virtual, and by fall I want to be back to in-person events. My family had to reschedule a trip to Yellowstone we’d planned for last year. My goal is to have a finished, polished draft of my current work-in-progress before we hop on that plane in June.

It has been slower going with the pandemic to finish the manuscript I have been working on. I had thought when I started writing it at the beginning of 2020 that I’d have the first draft done by the end of the year, but in reality I have only managed to get to the halfway point. So, in that superficial way, it has changed my writing. But in a deeper way, thinking of the topics I’m writing about or my writing style, I don’t think it has affected it at all.

The idea for my new book, All That We Carried came from my sister and I hiking Michigan’s backcountry trails. We have been doing this since 2012. It was inevitable at some point that I would set a book during such a hiking trip. And having grown up with a sister who was close in age and with whom I had frequent clashes as a child, it also seems inevitable that I would write a story about sisters who were very different coming to see each other’s strengths and beginning to appreciate each other in a new way as adults.

That’s what All That We Carried is all about: navigating relationships that have the greatest potential to cause us pain because they also have the greatest potential to be one of the closest and most supportive relationships we could have. These sisters encounter far more hardship and danger on their hike than my sister and I ever have, but the most treacherous terrain they must traverse is found within.

In general, All That We Carried was an easy book to write. Because I was drawing on my own experience as a sister and as a hiker, I didn’t need to do much research and I never second-guessed the story itself.

The difficult part was that it was the first manuscript I was writing under deadline. When I signed my first 2-book contract with my publisher, both of those manuscripts were already written and heavily revised over a period of several years. But All That We Carried had to be conceived, proposed, contracted, and written within just one year. For that reason, it is a much simpler and direct story than my first two books, which each had multiple timelines and involved a decent amount of research. There were several times during the writing that I worried it would seem underdeveloped simply because I didn’t have as much time to develop the layers that multiple revisions can add to a story.

Yet, at its heart, it is a simple story about complex relationships, emotions, and beliefs. So, the form fits the content. 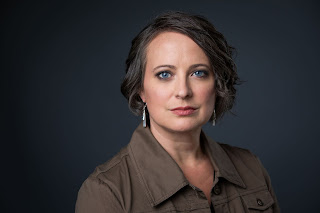 Erin Bartels is an award-winning author of We Hope for Better Things and The Words between Us. Her short story, “This Elegant Ruin,” was a finalist in the Saturday Evening Post Great American Fiction Contest in 2014, and her poetry has been published by The Lyric. A publishing professional for eighteen years, she is the director of WFWA’s annual writers retreat in Albuquerque, New Mexico. She lives in Lansing, Michigan, with her husband, Zachary, and their son. Find her online at www.erinbartels.com.

Email ThisBlogThis!Share to TwitterShare to FacebookShare to Pinterest
Labels: All That We carried, Balancing Ambition With Reality on Writing Goals, Erin Bartels, Suite T