History of a Novel 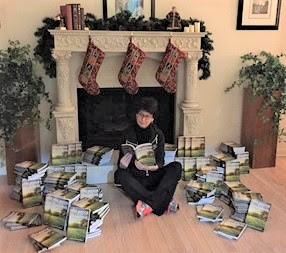 When the doorbell rang, I jumped up and ran into the hall, almost knocking over my husband, Frank, who was rushing out of his office. We knew what the delivery was, and we grinned at each other as we headed to the front door. The large boxes that had been deposited on the porch were just about the right size to hold two hundred paperback books, the exact number my publisher had informed me he was sending.

We lugged the boxes into the house and placed them on the floor in my office. When I got out the scissors to cut open the first lid, Frank said, “Wait. Let me take a picture.” We were like climbers who had reached the top of the mountain and wanted to record the moment.

For sure, it had been a long journey, starting over three years earlier when I sat down to write a cozy mystery novel. My background in computer science was not exactly the ideal preparation for creative writing, but I had always loved to read and had been encouraged to write by several teachers in my youth. Newly retired, I considered this the perfect time for a fresh adventure.

Short on knowledge of the craft, but long on motivation, I jumped into the literary world. 44,000 words later, I thought I had a finished product, but a few agents gently informed me that my work was not ready for publication. What I had assumed would be a sprint turned out to be a marathon, and it was time to get serious.

I bought a copy of The Christian Writers Market Guide, and it provided a wealth of information on editors, agents, publishers, and more. Through that book, I found my freelance editor and other professionals who helped me understand how to take a raw story and turn it into a well-crafted novel. Part of that learning experience was digesting great craft books like Plot and Structure by James Scott Bell and Self-editing for Fiction Writers by Renni Browne and Dave King. Two years later, my editor and I had revised the story into a 60,000-word manuscript that she felt was ready for the world to see.

When Frank and I attended the Mt. Hermon Christian Writers Conference in 2018, I timidly approached several editors and agents with the first chapters of my manuscript, and I was thrilled with their enthusiastic responses. In the weeks that followed, I sent book proposals to several publishers, and multiple offers to publish followed. We chose Crosslink Christian Publishers to release The Watch on the Fencepost.

Crosslink made the journey to publication easy and enjoyable. We mutually decided on the front cover design and the back cover copy, and they had their own editor review the manuscript. They formatted the print and ebooks beautifully. My author copies arrived in those boxes on the front porch a couple of weeks before Christmas 2018, and Frank took the picture you above.

Sitting on the floor of the living room and holding the book in my hands was a fulfilling experience. But more than a sense of accomplishment, I had a deep satisfaction that this was the story I had wanted to tell.

The protagonist, a young woman whose parents had recently died in an automobile accident, discovers a dark family secret and the possibility that there was foul play involved in her parents’ deaths. Then she stumbles onto the first of a series of cryptic clues. Each time she finds one, she doesn’t understand it, but something eventually happens that opens her eyes and moves her forward to the next clue. Finally, she solves the mystery and encounters the truth.

This is a metaphor for our lives. We don’t always understand our circumstances. As Paul said in 1 Corinthians, “For now we see in a mirror, darkly; but then face to face: now I know in part; but then shall I know fully even as also I was fully known.” We may not always comprehend the meaning of the events in our lives, but one day we will have our eyes opened fully, and we will know the truth.

And so I continue to write, looking for that next challenge for me and my main characters. The second book in my Watch series, Dead Man’s Watch, was released in September 2020 with the theme “Saving one life is like saving the whole world.” I’m working on the third book in the series now, and I’m determined to provide my readers with an entertaining mystery wrapped in fundamental truth.
I’m not sure I’ll ever experience that sense of awe again like I did when I held my first published book in my hands, but I am confident I will be grateful every day for the opportunity to create another story. 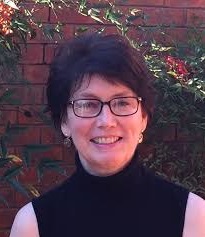 Email ThisBlogThis!Share to TwitterShare to FacebookShare to Pinterest
Labels: Dead Man's Watch, History of a Novel, Kay DiBianca, Suite T, The Watch on the Fencepost