When Water is Symbolic 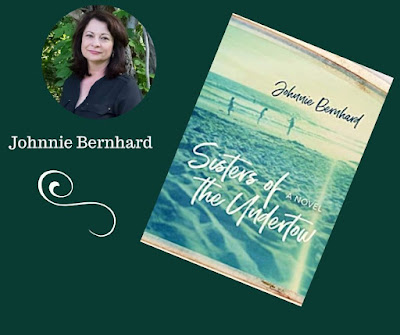 In Sisters of the Undertow, an upmarket fiction novel that debuted February 27, 2020, water is symbolic in much of the storyline detailing the tumultuous relationship between two sisters. I researched The Little Mermaid, The Great Storm of 1900, and Hurricane Harvey to create mood in its setting. 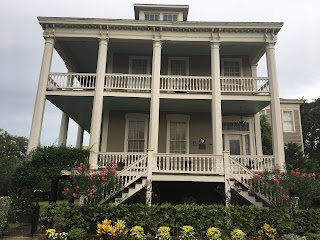 The Great Storm of 1900 struck Galveston, Texas on September 8, 1900. It is considered one of the deadliest natural disasters in United States history. Estimates of the death toll range from 6,000 to 12,000, according to the National Oceanic and Atmospheric Association. The Lasker Inn on Sixteenth Street is a survivor of that storm. It bears a plaque on its front entry, noting that history. Following the hurricane, it served as an orphanage. 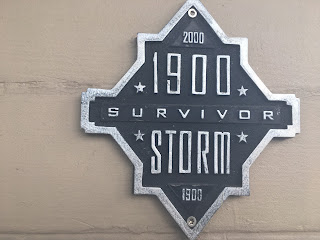 Today the Lasker Inn is a beautifully restored Colonial Victorian, serving as a popular wedding venue and bed and breakfast for tourists. I am grateful to its host, Richard Connor who has opened the doors to this island jewel for my research. I have spent many hours walking its floors, listening to the voices of the survivors.

Hurricane Harvey made landfall near Rockport, Texas in 2017. What was unusual about this deadly storm was the amount of rainfall that fell over several days in the Houston area. In some places over fifty inches of rain fell causing catastrophic flooding, impacting homes and lives of residents. The last two chapters of the novel are set in Houston during Hurricane Harvey.

As an author, I found the best research tools available online and at my local library. Online resources included NOAA, US Census Bureau, and the Texas Almanac.

The novel was recently recognized as one of the hundred best books published by a university press in a May 1, 2020 article in LIT HUB. I am grateful for the reviews and especially the readers who support my work.

Sisters of the Undertow is a novel of family complexities, sisters who are opposites, and their coming to terms with life and each other. It is available on Amazon, Target, Barnes & Noble, and your favorite bookstore. 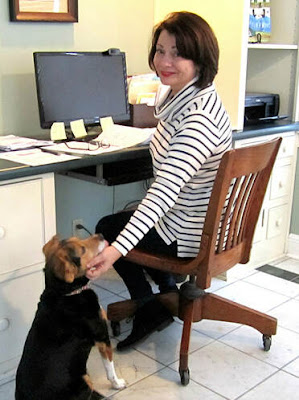 A former English teacher and journalist, Johnnie Bernhard is passionate about reading and writing. A traditionally published author, her work has appeared in newspapers and magazines, both nationally and internationally. She has written articles and columns for: the Suburban Reporter of Houston, World Oil Magazine, The Mississippi Press, the international Word Among Us, Heart of Ann Arbor Magazine, Houston Style Magazine, and the Cowbird-NPR production on small town America. Johnnie's entry for Cowbird, "The Last Mayberry" received 7,500 views, nationally and internationally.


Sisters of the Undertow, Johnnie's third novel, was selected for panel discussion for the 2020 AWP National Conference, as well as an official selection for the international Pulpwood Queens Book Club. It was chosen by the Association of University Presses as one of the hundred best books published by university presses.


Find her on social media and her website, www.johnniebernhardauthor.com.

Email ThisBlogThis!Share to TwitterShare to FacebookShare to Pinterest
Labels: Johnnie Bernhard, Sisters of the Undertow, Suite T, When Water is Symbolic