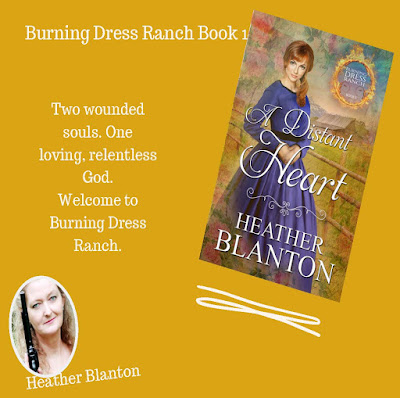 Strong-willed, sassy heroines. My favorite archetype. Possibly because I know a little something about the personality type. But sometimes, to quote a book title, even cowgirls get the blues.

The idea for my new release, A Distant Heart—Burning Dress Ranch Book One—started with a news story. I heard about a camp where angry, bitter, newly divorced women went to recover from the trauma, and part of their stay involved burning their wedding gowns. Yes, it’s funny but it left me wondering about those hurting, wounded souls.

Then I wondered (like always), could this be a story set on a ranch? On a ranch run mostly by women? A ranch owned by a regal, Victoria Barkley-like matriarch with the gift of healing the brokenhearted? I let all these ideas take flight in my head, but I wondered, was it feasible? Believable? A ranch run by women?

Meet the fabulous Buckley Sisters! I’d written a blog on them years ago and dug it up to refresh my memory.

Franklin and Susannah Buckley started their family in the late 19th Century, and surely had hoped for boys. After all, farming in the Dakotas and ranching in Montana was man’s work. But, instead, they got daughters who were born for the land. The Buckley sisters bloomed on those prairies like wildflowers after a snowy winter. Their father’s ranch hands taught the girls to ride, rope, shoot, brand, roundup, even break broncs, and called them, with affection, the Red Yearlings because of their fiery locks.

Confident in his daughters’ abilities, Franklin turned his 160-acre ranch in Terry, Montana over to the girls. In 1914, neighbor and friend Evelyn Cameron photographed the Yearlings working and playing on the ranch. She wrote an article about Montana cowgirls and featured the feisty ranching sisters doing what they did best. While this article spread their fame to Europe, the girls had already been fielding invitations from Wild West shows and even President Roosevelt. Turned ’em all down flat. May, Myrtle, and Mabel were ranchers. The profession was no game to them. The most play-acting they did was posing for the now famous and very collectible Cameron photos.

The Buckley sisters answered my question about believability.

So, what about a place for the brokenhearted to heal?

With Burning Dress Ranch, I saw a chance to write stories that would uplift, encourage, and challenge women to take their lives back. Like all of us, my characters can choose to stay stuck in a dark, brooding mindset, hanging on to hurts and grievances—or they can reach for something better. I write Christian fiction—unapologetically—and I wanted to remind readers they are fearfully and wonderfully made. The God of the universe sings over them with joy! He loves them, He fights for them—they are precious to Him. And because A Distant Heart is a romance on multiple levels, there will be a handsome hero to drive these points home.

My favorite character at Burning Dress is Miss Sally. She owns the ranch and she is special. She has a backstory that I plan to reel out ever so slowly. It has been fun and challenging to writer her because all of her conversations, especially with her antagonist Sam Hain, have double-meanings. I can’t give too much away. I can’t say stuff outright. Oh, it’s a delicate dance.

A Distant Heart has been out for about a month and I’m extremely pleased with the reviews. Readers love the ranch, Miss Sally, and the premise, and they want more.

I hope you’ll stop by Burning Dress Ranch, mosey around a bit, meet the crew. Maybe you’ll figure out what makes Miss Sally so special. 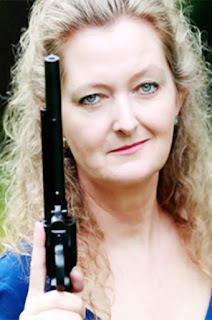 Heather Blanton is the independent bestselling author of several Christian Westerns, including the "Romance in the Rockies" series which was recently OPTIONED for a LIMITED TV SERIES.

She is a former journalist and avid researcher who endeavors to seamlessly weave actual history in among fictional storylines. She loves exploring the American West, especially ghost towns and museums. She has walked parts of the Oregon Trail, ridden horses through the Rockies, climbed to the top of Independence Rock, and even held an outlaw's note in her hand.