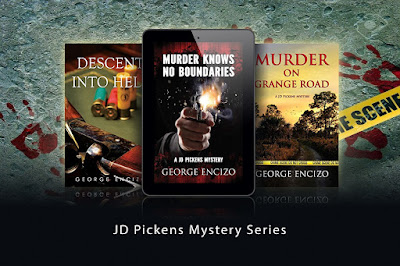 I had always wanted to write a series, and so I wrote two books, Descent into Hell and Murder on Grange Road, with the main character JD Pickens, the sheriff of a small rural county in Central Florida. Then I wanted to continue the series, so I wrote, Murder Knows No Boundaries, as the third in the series.
I knew the characters and their fears and flaws, but I wanted to expand on them. I also had no plot and no story. In the first two books, I used a murder board as Sheriff Pickens did, so I picked up my board and started listing potential plots and titles. Titles generally come to mind before the story does which then, hopefully, leads to a book. Ambushed sounded like a good title, so I went with it, but how could I use it. Recent ambushes of police officers came to mind, and I decided why not give it a try.


The title Ambushed remained as I wrote most of the book, but later, when I researched the title on Amazon, I found numerous books with the same title. I googled ambushed for synonyms and came up with ambuscade, which became the new title. My son said it would confuse readers, and I needed a better title. I blurted out, “How about Murder Knows No Boundaries,” and he said he liked it. I did too, and so the title was changed.
I opened the story with a deputy pulling a speeding vehicle over on a dark stretch of rarely used highway. As he walks toward the car, the passenger side door opens and someone steps out, and shoots the deputy. That was the first encounter of an ambush, and it opened the door to expand on the characters. Then I added a second ambush during a routine 911 call that resulted in the deputy getting fatally shot and the discovery of a horrific murder scene. Except for nearby locations, the two are unrelated. Both allowed me to delve deeper into the personalities, the egos, and the emotions of the characters. Not only the sheriff’s but his deputies as each is important to the story.
As a former high school and college football quarterback, an attorney turned law enforcement officer, and a high school assistant football coach, Sheriff Pickens was used to being in command and control of situations. But when ambushed outside the hospital, his role as the leader was diminished. A cop killer was on the loose and a serial killer was wreaking havoc. Pickens gets confined to a hospital bed and forced to watch from the sideline as his two sergeants take control.  Frustration builds and egos get in the way, causing tempers to flare as Sheriff Pickens and his small band of deputies must deal with the death of one of their own, his killer and catching a serial killer. 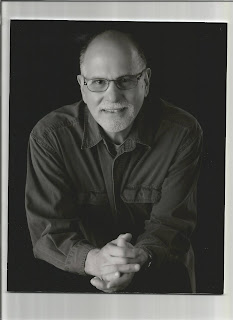