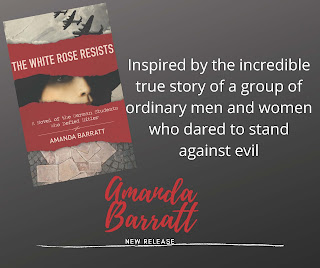 The White Rose Resists was inspired by the incredible true story of a group of ordinary men and women who dared to stand against evil.

A gripping testament to courage, The White Rose Resists illuminates the sacrifice and conviction of an unlikely group of revolutionaries who refused to remain silent-no matter the cost.

An excerpt from The White Rose Resists: Annalise Brandt came to the University of Munich to study art, not get involved with conspiracy. The daughter of an SS officer, she's been brought up to believe in the Führer's divinely appointed leadership. But the more she comes to know Sophie and her friends, the more she questions the Nazi propaganda.

Soon Annalise joins their double life--students by day, resisters by night. And as the stakes increase, they're all forced to confront the deadly consequences meted out to any who dare to oppose the Reich.


It doesn’t matter what a character goes through—if I’m not invested in them, I won’t care.

This doesn’t mean every character has to be likable. I cared far more about the plight of Scarlett O’Hara in Gone With the Wind than I did for that syrupy sweet heroine in a second-rate made-for-TV movie. Margaret Mitchell crafted Scarlett in such a way that the reader understands, at times even admires her, despite her sometimes infuriating choices.

Readers pick up our novels searching for truth about themselves and the world around them. Well-crafted characters reveal those universal human truths in the ways they express or conceal emotion. Though I don’t always like Scarlett, I relate to her. Exploring the flaws and broken places of our characters is often the best way to create empathy for them. The more we draw from our own emotions and from studying those of others, the more genuine our stories become.

It takes time to peel back the layers of clichés to reach the essence of the truths you want to convey. Infusing authentic emotion into your scenes and characters is not an easy process. But it is the key to creating characters who will linger in your readers’ hearts long beyond the final page. 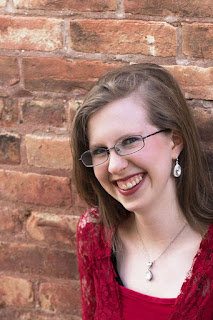 Amanda Barratt is the ECPA best-selling author of over a dozen novels and novellas including The White Rose Resists: A Novel of the German Students Who Defied Hitler and My Dearest Dietrich: A Novel of Dietrich Bonhoeffer's Lost Love. She is a member of American Christian Fiction Writers and a two-time FHL Reader’s Choice Award finalist. She and her family live in northern Michigan.