By Melody Carlson, Author of The Happy Camper 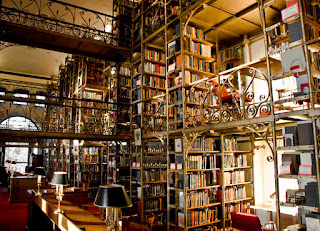 When I first began to craft fiction—back in BC (before computers)—I’d had no formal writer training. All I knew was that I loved creating stories and I enjoyed reading good novels. Two important components to becoming a writer as it turned out. But somehow, in those early days, I intuitively grasped that a good story must be supported by good characters. Kind of like Atlas and Hercules, although those two pillars sometimes dropped the ball. But even that made their stories more interesting.

So for me, story always began with a character. I didn’t know a thing about ‘character development’ or ‘characterization,’ but it was vital that I liked my character—and that she always had a problem. I tried to create relatable problems, piling on the kinds of challenges that made me feel compassion and empathy for them. In other words, I wanted to care about my characters. Simple enough. Especially for a brand new writer.

After a number of novels (and some sweet awards) I became aware that many authors used a literary lingo that I wasn’t fully comfortable with. A kind of author-ese. And not wanting to be an outcast, I learned the meaning of character-related words like protagonist, antagonist, archetype, narrator and so on. I learned the difference between omniscient and first-person perspectives. But to be honest, I was never really comfortable talking like that. It made me feel kind of like a phony. Like why can’t I just call an antagonist the bad guy?

Another thing I discovered in those first years (through friends, books, workshops...) was there are numerous methods for ‘creating good characters.’ Techniques that experts swear by. Some authors extensively ‘interview’ their characters before they ever sit down to write. They ask: where were you born, what is your heritage, what’s your favorite food, greatest fear, shoe size, etc.? Other authors make character notebooks with notes and photos from magazines—like a pictorial biography. Some novelists even give their characters personality tests.

So I experimented with these tools, but the results were disappointing. And I wound up with characters I didn’t even like. Not because those techniques were faulted, but because that’s not how my brain works. I like to start a story with a character that I don’t really know, to get acquainted as the story evolves. It’s an exploration not so dissimilar to developing a real friendship. Some first impressions are spot-on, some not so much. It can take time to recognize both talents and flaws. But this simple method is what keeps me writing. Because it’s fun getting to know a new character . . . to make discoveries and be surprised. And I hope that’s how my readers feel too. So I’m still convinced that characters are the pillars that support the story. But everyone builds characters differently. I recommend that you find the method that’s best for you, trust your instincts, and just have fun with it!
____________________________________________________________ 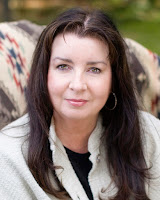 Melody Carlson is the award-winning author of over 200 books with sales of more than 7 million, including many bestselling Christmas novellas, young adult titles, and contemporary romances. She received a Romantic Times Career Achievement Award in the inspirational market for her many books, including Finding Alice. She and her husband live in central Oregon. Learn more at www.melodycarlson.com