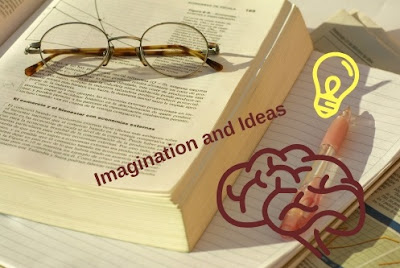 To refresh our memory in Part I on February 21 I began telling the process of how the idea for my book Combat! was born and how it became published.

Waiting for an author does not mean idleness. I immediately got busy with another writing project that I had already started. I learned that whenever I got stuck with something on writing the Combat! project, I could shift to the secondary project and then return to Combat! when I arrived at a solution to the problem. (It pays to have several irons in the fire at once!)

Once the publisher solidified a cover design, I used that image to create my own marketing materials: a press kit (press release, author photo and bio, etc.), business cards (with the cover pictured on one side and contact and ordering information on the other), and book marks (with the cover pictured along with ordering information on one side and “About the Book” and “About the Author” on the other). Then I began distributing those materials as opportunity permitted until the publisher announced a release date, at which point I began distributing them energetically and announcing the book’s soon release on various social media (Facebook, LinkedIn, and ,my personal blog).

I found reception of the materials to be a mixed bag. Some media outlets ignored it. Others inserted a brief blurb about it. A few contacted me for more information or to request an interview. The amount those outlets printed about the book also varied, from a brief Facebook announcement of the book’s release to devotion of a half-page of newsprint to the author and the book. Such varied response is to be expected. And only time will tell how my efforts and the publisher’s marketing efforts paid off.

Combat! posits that the Christian life is a life of spiritual warfare on many different fronts simultaneously. There are times of heavy combat and times of light combat but never times of no combat! We are always in a dangerous combat zone as believers. With enemy attacks coming on all these fronts, whether sequentially or simultaneously, we must always be on our guard.

To prove this point and others in the book, I turned first to the military history of Israel as recorded in the Bible. Beginning with Abram’s campaign to rescue his nephew Lot and moving through Israel’s conflicts with the various Canaanite tribes during the conquest of the Promised Land to the destruction of Jerusalem by the Romans, illustratring spiritual truths applicable to Christians today. In the second part of the book, I show how the various organizational aspects of the modern military—command and control, communications, logistics, intelligence, etc.—have parallels in the spiritual world as well and applies them to the individual in common life here and now.

But I am not resting on my laurels of this now-published work. I have contracted with TouchPoint for another book, Christ in Camp and Combat: Religious Work in the Confederate Armies. For the serious writer, the ideas for projects just keep coming!

Dennis L. Peterson is an independent historian based in Taylors, SC. He focuses on American history, especially its military history, the War Between the States, the Great Depression, and World War II. His former positions include history and writing teacher; senior technical editor at the historic Oak Ridge, Tennessee, nuclear weapons complex; and lead author of American history textbooks and curricula for a major Christian textbook publisher. He has been widely published in national and regional magazines and educational journals. His other books include Confederate Cabinet Departments and Secretaries, Teacher: Teaching and Being Taught, and Look Unto the Hills: Stories of Growing Up in Rural East Tennessee. He has contracted with TouchPoint Press for his next book, Christ in Camp and Combat: Religious Work in the Confederate Armies. You can contact the author
on his blog, https://dlpedit.wordpress.com ; Facebook Dennis L Peterson, LinkedIn Dennis L.
Peterson Independent Writer/Historian and Email dlpauthor@gmail.com