Love, Laughter, and Happily Ever After 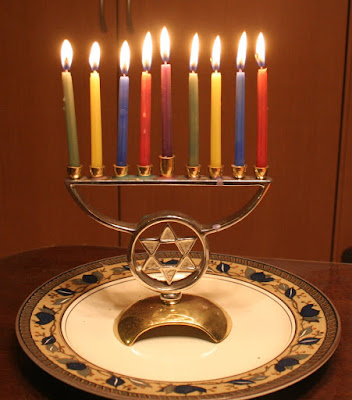 For those who don’t know me, I write contemporary romance. But what makes my stories stand out is that many of them feature Jewish characters and themes. Whenever anyone hears that I write Jewish romance, the first thing they ask is if I’ve written a Hanukkah story.

Usually, my answer is no. I’ve always wanted to blend the Judaism seamlessly into my stories, in a similar way as Christianity—weddings, etc.—are blended into non-Jewish romances. So, the idea of writing a Hanukkah story never really appealed to me.

However, as the questions kept coming, I thought about it and decided to give it a try. An indie author was putting together a Hanukkah anthology and everyone—seriously, everyone—who knew me asked me if I was going to contribute. Apparently, I have a brand. J So, I did. When my story wasn’t chosen, I went to my publisher, who was more than happy to publish it. The more I worked on it—it’s a novella, the more I needed to lengthen it, edit it, etc.—the more excited about it I became.

If you’re unfamiliar with Hanukkah, it’s an eight-day holiday that celebrates the Maccabean army’s successful rebellion over Antiochus, who had banned Jewish religious practice way back in the 2nd century BCE. When the Maccabees re-consecrated the Temple of Jerusalem, there wasn’t enough oil to light the lamps, and according to Jewish legend, one small pot of oil—enough for one day—lasted for eight days, giving enough time to find more. What does all that mean?

Well, it means we light eight candles—one per night—to celebrate the miracle of the oil, and we eat lots of oily foods during the holiday, such as latkes (potato pancakes), donuts and fried Oreos. We give out presents. Some people give presents each of the eight nights. We give to charity one of the nights, and we keep our presents small.

In my novella,Waiting for a Miracle, the young daughter, Jessie, receives presents on the first and last night of Hanukkah, like I did as a child. However, her grandmother stuffs enough presents into two boxes to last the entire eight nights.If you’re looking for a short, funny and sweet read, this story is for you. And even though the holidays are over, love, laughter and happily ever after never end.

Let me know how you like it, and, tell me about your traditions! 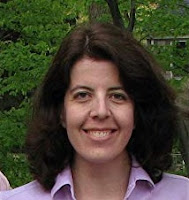 Jennifer started telling herself stories as a little girl when she couldn’t fall asleep at night. Pretty soon, her head was filled with these stories and the characters that populated them. Even as an adult, she thinks about the characters and stories at night before she falls asleep or walking the dog. Eventually, she started writing them down. Her favorite stories to write are those with smart, sassy, independent heroines; handsome, strong and slightly vulnerable heroes; and her stories always end with happily ever after.

In the real world, she’s the mother of two amazing daughters and wife of one of the smartest men she knows. She believes humor is the only way to get through the day and does not believe in sharing her chocolate. She writes contemporary romance, many of which feature Jewish characters in non-religious settings (#ownvoices). She’s published with The Wild Rose Press and all her books are available through Amazon and Barnes & Noble.