When Do We Write What We Know or See? 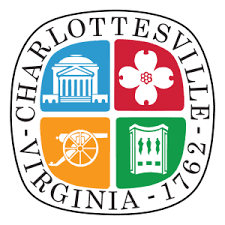 The other day I was asked if I was creating verse about current events, especially since I live in Charlottesville. I replied that I really wasn’t. And I thought later, what not? It seems that historically poets who witnessed horrific events were generally compelled to create passionate verse responses. I find that is difficult for me. It is not that I am not moved by catastrophe or living history or social issues. It is mostly about my comfort level. For most of us pastoral poetry is really what makes us live in the moment. By this I mean writing passionate lines about nature with its living creatures.

I’m currently working, for example, on a poem about an injured Canada goose I found this morning on my usual walk. It tried so hard to fly, flapping spastic wings, and falling over backward. It was clear that is was injured in some way. I was moved by its instinct to keep trying and I wondered how that would work as a metaphor about keeping up courage in the face of disaster. That led me to think about the fires of California and the ash remains of homes where folks lived, read, ate their dinners, and just lived their lives.
These fire-broken devastated homes remained as skeletons of a past. Like the goose, their existences were forever changed. I knew that houses could be rebuilt, but I knew that goose would never fly again, and likely would not make it through the night.

How is it that when we write about what we see and feel that it is so subjective? Critics of the confessional poets used to admonish them for revealing so much about their personal illnesses and weaknesses. These poets did create some of the most impressive and important poetry of the modern centuries. Their illnesses became metaphors for life among others and it was, I believe, their way of bringing illness to the forefront, rather than hidden in the shadows. One big gift a poet can bring is the unwrapping of the present that is within yourself to reveal the core of humanity within everyone. 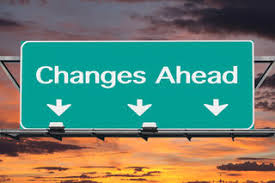 So, in current events, we see everyday states of affairs that are ever changing and will always do so. Sometimes the changes are rapid; sometimes they are slow. But all of these are part of the human experience and for many poets writing about components of the experience is a personal goal. When poets share some of this with the rest of us, we again have been given a gift. To see things, like a mortally wounded goose, and feel empathy as well as sadness, inspires me to write something about living along side the pain of nature;  promising the world that I might be magical somehow, with words, to make that pain a little less.

I guess, then, I do write something about current events after all. Like I wrote in one of my earlier published poems, “sometimes the large is often seen in the small.”

Sara M. Robinson, award-winning poet, founder of the Lonesome Mountain Pro(s)e Writers’ Workshop, and former Instructor of a course on Contemporary American Poets at UVA-OLLI, is poetry columnist for Southern Writers Magazine and poetry editor for Virginia Literary Journal. In addition to publication in various anthologies, including We Grew Wings and Flew (2014), Scratching Against the Fabric (2015), and Virginia Writer’s Club Centennial Anthology (2017); journals: Loch Raven Review, The Virginia Literary Journal, vox poetica, Jimson Weed, and Poetica, she is poet and author of Love Always, Hobby and Jessie (2009), Two Little Girls in a Wading Pool (2012), A Cruise in Rare Waters (2013), and Stones for Words (2014). Her latest poetry book, Sometimes the Little Town, released in February 2016, was a finalist for the Poetry Society of Virginia’s 2017 Book Award.

Email ThisBlogThis!Share to TwitterShare to FacebookShare to Pinterest
Labels: Sara M. Robinson, Southern Writers Magazine's blog Suite T, Virginia Literary Journal, When Do We Write What We Know or See?