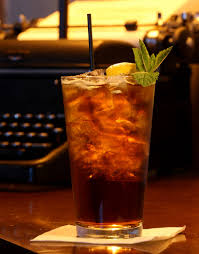 Writing is hard work, frustrating, and wonderful, but writing about Southern characters, towns, and attitudes can be challenging. I prefer to set my books in Southern locations because that is what I know best. I know the customs, history, and the secret codes. But a good writer must appeal to a broader audience. There is a constant struggle to explain the meaning of some words and phrases in such a way that all readers can understand the message. Did I mention that writing is challenging? Every region has its special “flavor” and those things which identity it as a place in a certain area of the country or world. Writers must bring out an area’s “flavors” while making sure the reader “gets it” even if they are not from the area highlighted in our books.

My challenge was (and is) to “take the South out of my mouth” and write for the reader who wants a good story and who can also appreciate the special character of an area. I wanted to set my current book, a murder mystery, in Missoula, Montana, a place I had spent time and felt comfortable writing about. Three chapters into the book I ran into a problem. My two main characters were acting like Southern women. Try as I might to keep them in Montana, they brought me back to the South. Sometimes a writer must listen to the characters.

The story should transcend the geography. The location should add to the story, not overshadow it. In my work in progress I try to pull back the curtain and show the reader how “bless your heart” can mean several things. If you are not from the South how would you know it might mean a sincere, “I feel for you” or perhaps more often mean, “you can’t help being dumb as dirt can you?” Southerners can intuit the meaning based upon the two characters who are interacting in the story. Someone not familiar with these regional “sayings” might be temporarily lost and taken out of the story. This is a writing sin.

Southerners are known for their manners. But like everything Southern, there are hidden meanings behind our manners code. We can smile on the outside while plotting your demise on the inside. A friend from New York once told me that women from the South terrified him because they could offer you a cupcake with one hand while pulling a knife with the other. He once remarked Southerners had rules no one else could decipher. I tried for ten years to explain Southern-ness to him with little success. I hadn’t thought such differences were that important—until they were. While in San Francisco on vacation my friend tried to strike a deal with the salesman to get a discount on expensive Italian leather shoes if he bought multiple pairs. I was mortified. On the same trip he asked me how much money I earned. For him this was an innocent question but for me it rang a warning bell that we may have more important core value differences. This turned out to be true. In my family’s Southern rule book, it is considered rude to discuss money outside of the family. You won’t find a Southerner dickering over prices in a retail store. 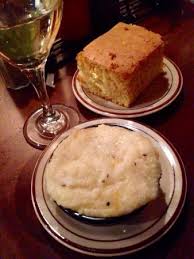 If our language and rules were not challenging enough for outsiders to understand, our food choices add another layer of difficulty for our stories—our love of grits, cornbread, and iced tea must be explained. I admit I love all three though grits and cornbread have gone by the wayside as I have gotten older and more concerned with my waistline. However, if you come to my house and don’t find iced tea in my refrigerator you will know I am dead. Winter or summer, you will find a half-gallon pitcher of tea in my refrigerator. How do I explain this to a non-Southerner who thinks “pop” is the required drink with lunch? 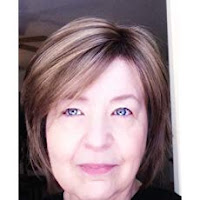 Vickie Carroll is a published author of two books with The Wild Rose Press: The Witches of Half Moon Island and The Ghost of Kathleen Murphy. Her third book, Murder at the Peach Blossom Inn, a “cozy-mystery” set in the North Georgia Mountains is in the re-write/editing phase. She is also working on the outline for her fourth book, The Community, a true murder mystery set in an upscale area in Florida. Vickie has published many short stories and articles and has won various awards and commendations over the years. She has been a fulltime writer for the last two years. She is developing her blog site, Sweet Tea and Sympathy now, and hopes to have it up and running by the end of the year. The blog will focus on the writer’s life but in particular the life of a Southern writer. You can find her books on Amazon and sign up to follow her there, and you can find her on Twitter: @zenwriting70.  https://www.amazon.com/Ghost-Kathleen-Murphy-Vickie-Carroll/dp/1509218149 https://www.amazon.com/Witches-Half-Moon-Island/dp/1509215395