Last weekend I watched a professional tennis tournament. As a social tennis player, I was amazed at the difference between how the professionals play and how I play. I’m sure that most of the spectators who were also tennis players shared the same thought I had, “I wish I could play like that.” But then the absurdity of that thought hit me. There are several reasons I don’t play like they do, and many of those reasons could apply to writing as well. Comparing my tennis game to the pros is like comparing my writing to that of best-selling writers. And this is why: 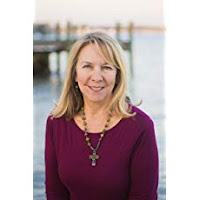 Multi-published author Marilyn Turk calls herself a “literary archaeologist,” because she loves to discover stories hidden in history. Her World War II novel, The Gilded Curse, won a Silver Scroll award. When readers asked what happened to the characters after the book, Marilyn wrote the sequel, Shadowed by a Spy. Her four-book Coastal Lights Legacy series—Rebel Light, Revealing Light, Redeeming Light, and Rekindled Light—feature Florida lighthouse settings. In addition, Marilyn’s novella, The Wrong Survivor, is in the Great Lakes Lighthouse Brides collection. Marilyn has also written a book of devotions called Lighthouse Devotions. Marilyn also writes for the Daily Guideposts Devotions book. She is a regular contributor to the Heroes, Heroines and History blog, (https://www.hhhistory.com)Marilyn is the director of the Blue Lake Christian Writers Retreat. http://bluelakecwr.com. She lives in the panhandle of Florida where she and her husband enjoy boating, fishing, and playing tennis when time permits (and it’s below 100 degrees).Website: @http://pathwayheart.com Email: marilynturkwriter@yahoo.com