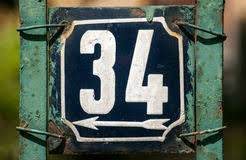 I’ve been writing professionally for thirty-four years, and I’ve never seen a market more exciting….or daunting.  In the early 80s, the path to publication was straightforward:  (a) write a block buster book or one that fit a market niche such as thriller, mystery, fantasy, romance, historical fiction, etc., and (b) acquire an agent. Agents made the book deals; editors worked with authors to produce the best possible product; publishers and booksellers promoted the book, and authors signed them at book parties. The beauty of that model is that authors were free to focus on writing.

Everything began changing in the 90s. Publishing houses merged and authors took on the role of publicists, a move that made it necessary to divide time between writing and self-promotion.
A new decade saw the emergence of Facebook and Twitter which created new venues for writers to interact with readers.  Inspiration had to take a back seat to discipline.

Only a disciplined writer can survive and thrive in today’s market. The single most important tip I can give you about becoming and remaining a published author, is that you must schedule time devoted exclusively to writing - not interacting with fans on Facebook, not answering fan mail, not blogging, not making phone calls – simply writing.

The new decade also created venues for self-publishing. Platforms such as Amazon, Nook Press (B&N), Smashwords and more shattered the old publishing model and flooded the market with eBooks, many of them under-priced and unedited.

The upside of self-publishing is that it provided a platform for authors to (a) offer their backlist to readers and (b) offer new, innovative novels without having to write to current market trends. It also gave rise to talented new writers who broke every rule, flouted tradition and created novels that are daring and different.

Though I started my career writing in one genre for one publisher, I now write under two names in many genres in both self- and traditionally-published venues. Breakdown, a 4-book suspense mini series I’m writing with three other authors can be preordered from Amazon on March 21, 2018. My latest comedic mystery, Elvis and the Blue Suede Bones, will be out in April. I am also writing a literary fiction novel as Elaine Hussey.

Discipline is more important than ever, and so is a clear career plan. With so many choices, it’s imperative to cull through all the possibilities. (a) Decide how many books you can write in a year and then (b) decide whether you will self-publish, traditionally publish, or both. (c) Focus on one or two genres. (d) Make a schedule that balances writing and promotion with family life, and (e) set deadlines. Still, both the market and life are constantly changing. Always remain
flexible and upgrade your plan.

Peggy Webb is the USA Today bestselling author of more than 75 novels in multiple genres and is the most prolific writer has ever produced.  She also writes screenplays and has won numerous awards. Her novel, Driving Me Crazy, was submitted for a Pulitzer. A former adjunct instructor at , Webb is a versatile pianist, singer and actress.  Her comedic mystery series is being considered for film. Webb’s current projects include Elvis and the Blue Suede Bones (April, 2018), a Southern Cousins Mystery, and Breakdown (preorder at Amazon March 21, 2018), a 4-book mini suspense series written with three other bestselling authors and described as Gone Girl meets Big Little Lies. The author’s WIP is another literary fiction novel written as Elaine Hussey. Details will be announced on both her websites, www.peggywebb.com and www.elainehussey.com. Also follow her on Facebook https://www.facebook.com/peggy.webb.92 and Twitter https://twitter.com/PeggyWebbAuthor.